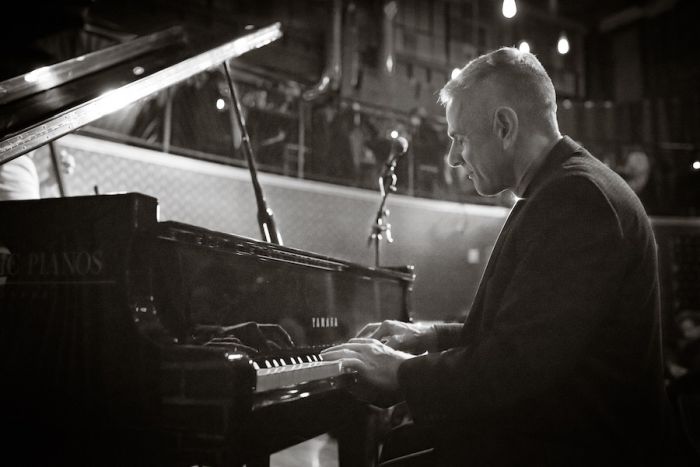 Performing, recording, and touring together for over 15 years, the Dana Landry Trio has appeared throughout the U.S. and in Asia and Europe, and their debut recording Memphis Skyline (Artist Alliance Records) reached the Top 40 on the Jazz Week radio airplay chart. In addition to working as a standalone trio, the group has performed with some of the most prominent names in jazz including Eddie Daniels, Ingrid Jensen, Jaleel Shaw, Dave Pietro, Bob Sheppard, Clay Jenkins, and Dick Oatts, and can be heard on recordings including Dan Gailey’s What Did You Dream, Steve Owen’s Stand Up Eight, and Back When It Was Fun by the group 7 ON 7.

Dana Landry has performed with jazz artists including Milt Jackson, Bela Fleck, Jeff Coffin, Rufus Reid, Bill Watrous, Alan Dawson, David Liebman, Slide Hampton, and others. His first release as a leader, Journey Home (Summit Records), which features vibist Gary Burton, was nominated for a Grammy Award. Dana is one of the primary pianists for the Colorado Symphony Orchestra.

Erik Applegate has performed with artists including the Bob Mintzer Big Band, Nnenna Freelon, Milt Jackson, Jeff Coffin, Tom Harrell, Ron Miles, Marlena Shaw, and others. He toured with renowned pianist James Williams and in a trio with Harold Mabern and Ed Thigpen, and has appeared at festivals, clubs, and concert series throughout the U.S. and in Europe and Australia. His most recent release, Two’s Company (Artist Alliance Records), finds him in several different duo settings and was featured in Jazziz Magazine.