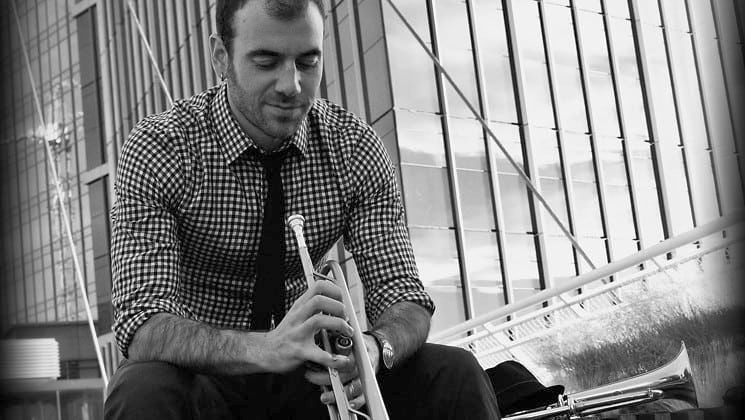 Thursday nights in March and April, Gabriel Mervine and his hardbop centered sextet explore the catalog of the iconic Lee Morgan. Few trumpeters in history approached their playing with such energy, tenacity and fire as Lee Morgan. He seamlessly merged the harmony and melodies of the American music’s history with the groove and flavor of the experimental 1960’s. Gabriel will be joined on the bandstand by: bassist Patrick McDevitt, drummer Alejandro Castaño, pianist Tom Amend, and saxophonists Daryl Gott and Taylor Clay. The sextet format made up of players like this who play together often brings a unique energy and fire – these Thursday nights are going to be very special nights of music, not to be missed.

Gabriel Mervine is deeply rooted in the traditions of Jazz and Classical but is also a very active contributor to the modern music scene nationally. Born in Bridgewater, New Jersey, Gabriel began his professional playing career at the age of thirteen. By the time he graduated high school he was already looking at making a career out of playing the trumpet. He has studied with Bobby Shew, Roger Ingram, and Greg Gisbert and quickly gained recognition as a unique and capable player in any environment. Gabriel has performed with Natalie Cole, Christian McBride, Chie Imaizumi, Terence Blanchard, Russell Malone, Maceo Parker, Fred Wesley, John McNeil, Convergence, Roberta Gambarini, the Motet, and Houston Person. Gabriel now resides in Denver, Colorado, and keeps a rigorous schedule of local and national performances.gabriel