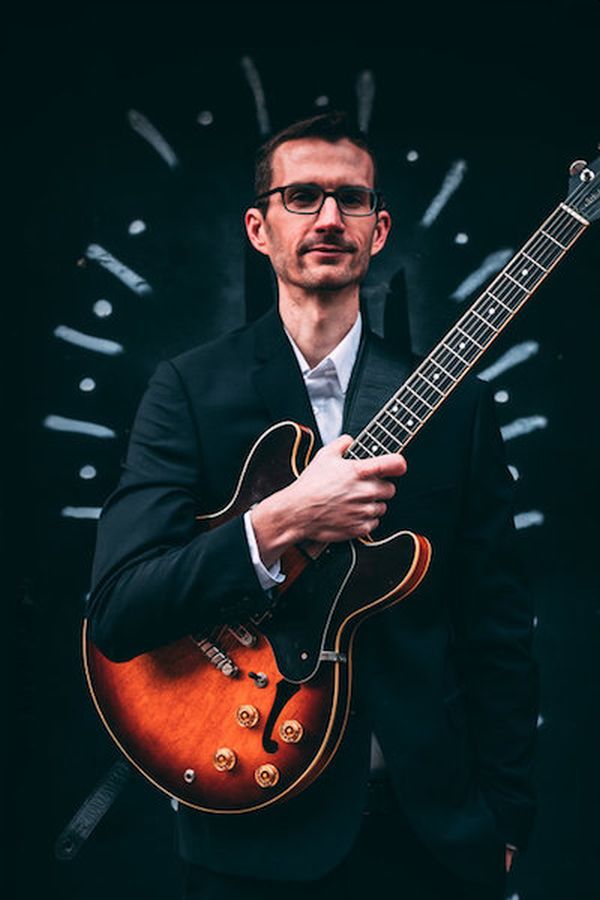 Teague Bechtel is a guitarist and composer originally from the Orlando, Florida area and founder of the independent blues/rock trio The Teague Stefan Band that has toured extensively and recorded two internationally recognized albums of his original compositions, Game of Life (2008) and Hard Eight (2006). Teague has performed with such jazz artists as Antonio Hart, Jon Faddis, Marty Morrell, Jeff Rupert and saxophonist Jack Wilkins. He holds a Doctorate of Arts from the University of Northern Colorado and is one of the leading scholars on legendary jazz guitarist Grant Green. Now living in Colorado, he is actively performing in the Northern Colorado and Denver area.

Annie Booth is an award-winning pianist, composer, and educator based in Denver, CO. She has established herself as an active force on the local and national scene both as the leader of her longstanding group, the Annie Booth Trio, and as a busy side-woman. Westword Magazine named the Annie Booth Trio “Best in Denver” in the jazz genre in 2015, 2016, and 2017. When Annie is not performing with her trio or composing, she adores working with the Colorado Conservatory for the Jazz Arts (CCJA), an organization of which she is an alumna and current faculty member.