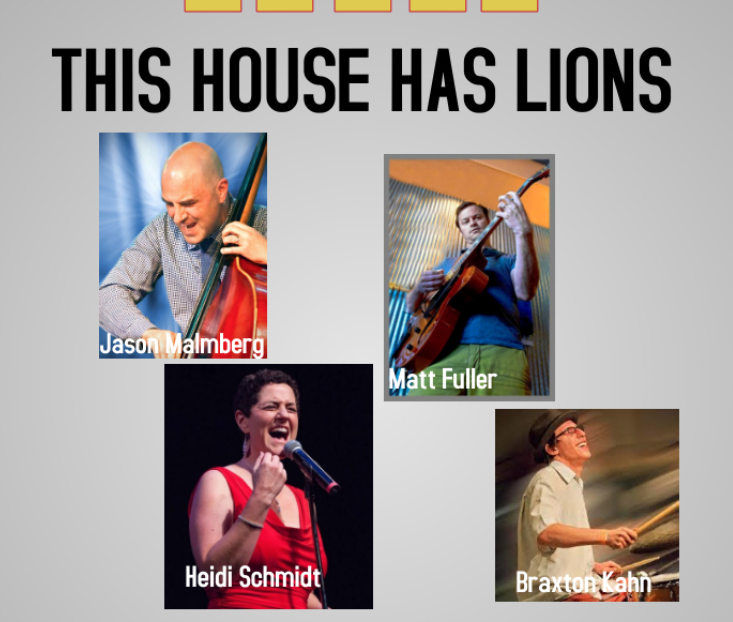 Meeting on gigs as jazz musicians do, bassist Jason Malmberg and guitarist Matt Fuller realized they had both grown up in skate punk culture of the late 80s and early 90s. The two often wondered how they might be able to merge their love of the punk rock they grew up on with their passion for jazz. With the onset of the COVID-19 pandemic, working musicians everywhere found themselves with a lot more time on their hands. Jason saw the opportunity and began working on arrangements that would take some of the punk rock music of his childhood and set it in a modern jazz context.

Accompanying them will be Braxton Kahn (BK) on drums and Heidi Schmidt on vocals, both regulars in the Denver jazz scene.

This concert will be streamed from the Muse. It will be available to view on Facebook and Youtube.

This House has Lions