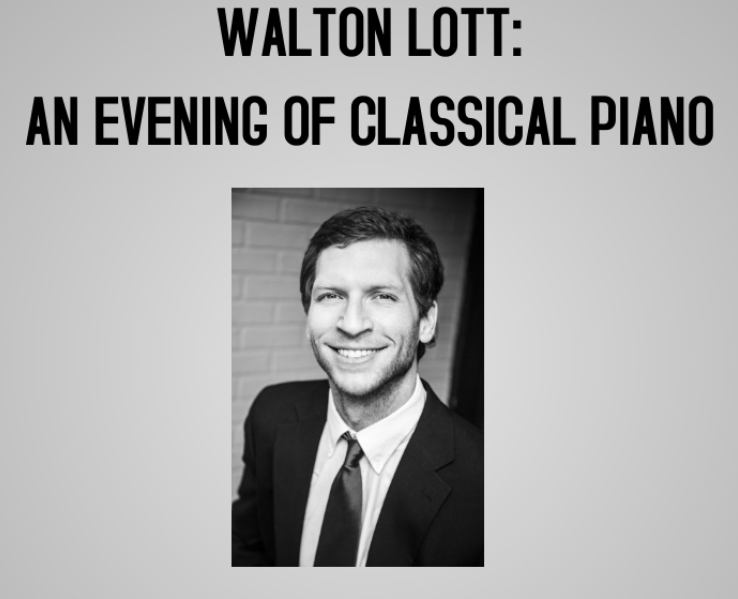 Walton Lott has been making music for nearly 30 years. He is currently an accompanist, performer, and teacher in the Boulder area, playing for church and school choirs, the Rocky Mountain Chorale, and giving frequent solo piano recitals. In both performing and teaching, Mr. Lott encourages a fun and flexible approach to music making.

Mr. Lott encourages engagement with music genres ranging from Renaissance keyboard music, to jazz, to even video game music. As a classical painist, he has focused on the canonical works from Bach to the Romantics, including study of early keyboard music performance on period instruments. Simultaneously, Mr. Lott champions “newer” works, be they Modernist, avant-garde, Minimalist, or works by current composers. He presented a paper on video game soundtracks at a 2017 Musicology conference held at UT Austin.

This concert will be LIVE!, make RESERVATIONS HERE. It will also be streamed from the Muse. It will be available to view on Facebook and Youtube.