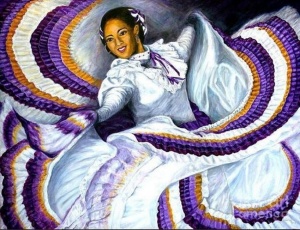 Las Adelitas Living the Arts Adult Folklorico group is honored to perform at the Museo De Las Americas on May 5, 2021 at 6:30, 7:00 and 8:00. This is the premier of the SOMOS exhibit. Come out and support our dancers and Museo de las Americas.

Cinco de Mayo History – Cinco de Mayo is not Mexican Independence Day, a popular misconception. Instead, it commemorates a single battle. In 1861, Benito Juárez—a lawyer and member of the Indigenous Zapotec tribe—was elected president of Mexico. At the time, the country was in financial ruin after years of internal strife, and the new president was forced to default on debt payments to European governments. In response, France, Britain and Spain sent naval forces to Veracruz, Mexico, demanding repayment. Britain and Spain negotiated with Mexico and withdrew their forces. France, however, ruled by Napoleon III, decided to use the opportunity to carve an empire out of Mexican territory. Late in 1861, a well-armed French fleet stormed Veracruz, landing a large force of troops and driving President Juárez and his government into retreat. 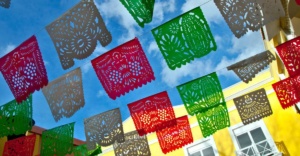 Chicano activists raised awareness of the holiday in the 1960s, in part because they identified with the victory of Indigenous Mexicans (such as Juárez) over European invaders during the Battle of Puebla.

Today, revelers mark the occasion with parades, parties, mariachi music, Mexican folk dancing and traditional foods such as tacos and mole poblano. Some of the largest festivals are held in Los Angeles, Chicago and Houston.

READ MORE: 7 Things You May Not Know About Cinco de Mayo

Confusion With Mexican Independence Day – Many people outside Mexico mistakenly believe that Cinco de Mayo is a celebration of Mexican independence, which was declared more than 50 years before the Battle of Puebla. Independence Day in Mexico (Día de la Independencia) is commemorated on September 16, the anniversary of the revolutionary priest Miguel Hidalgo y Costilla’s famous “Grito de Dolores” (“Cry of Dolores,” referring to the city of Dolores Hidalgo, Mexico), a call to arms that amounted to a declaration of war against the Spanish colonial government in 1810.

The Denver annual Cinco de Mayo Festival is canceled this year due to covid restrictions and will return in 2022.