Gift of Jazz: Celebrating 100 Years of Carmen McRae presented by Myra Warren, vocals and Eric Gunnison on piano on Sunday, December 13, at 7 pm live streaming on YouTube and Facebook from Mighty Fine Productions. 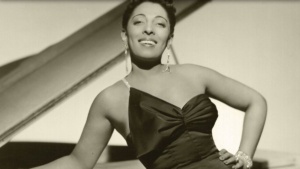 Carmen McRae is one of jazz’s most beloved vocalist. Her style was so unique among her contemporaries. Although she came to prominence after Ella Fitzgerald and Sarah Vaughn, she quickly established her own style that was always deeply connected to the lyrics. McRae grew up playing piano as her initial musical background but matured musically in the 1940’s singing with great swing bands such as Count Basie Orchestra and Benny Carter’s Big Band. During the height of bebop, McRae was the intermission pianist at Minton’s Playhouse. This is likely where she heard Thelonious Monk for the first time, which hugely influenced her signature style and scat improvisations. Her vocal career took off after cutting her first record as Carmen Clarke (while she was married to drummer Kenny Clarke) in 1953. Since then she has been in the upper echelon of jazz vocalists with the likes of Billie Holiday, Ella Fitzgerald and Sarah Vaughn, but she crafted her own musical style that is still deeply loved to this day. 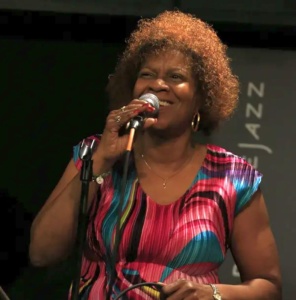 Myra Warren has a stunningly beautiful voice that resonates with a warmth and understanding of lyrics and melody. Her career began in the mid 80’s in Denver’s infamous Five Points. She has performed with a host of esteemed Colorado musicians, along with performances at the Five Points Jazz Festival, the Estes Park Jazz Festival, and the City Park Jazz Festival. She recorded a CD with The Bobby Greene Trio, produced by Ron Jolly, as well as another CD with Purnell Steen & Le Jazz Machine. Myra can be heard singing What A Difference A Day Made in the Brown Palace scene in the Netflix movie “Souls At Night”, which aired in 2017. 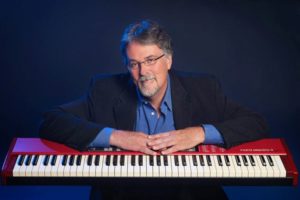 Eric Gunnison is recognized internationally and has performed and toured with dozens of jazz legends, most notably, Carmen McRae and the Dizzy Gillespie Big Band. His collaborators read like a who’s who of jazz including: Roberta Gambarini, Rene Marie, Randy Brecker, Jim McNeely, Chris Potter, Christian McBride, Wallace Roney and Bobby Watson among many others.