To celebrate this special day for thousands of women around the world, we take a look at some of jazz’s greatest mothers and the daughters and sons, who have been following their footsteps. 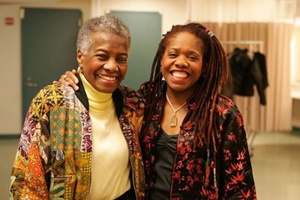 Contemporary jazz and blues vocalist Catherine Russell grew up in a musical environment. Her father was Luis Russell, Louis Armstrong’s long-time musical director, and her mother was Carline Ray. Many probably remember Ray, who held degrees from both Juilliard and Manhattan School of Music, for her performances – during World War II – with The International Sweetheart of Rhythm, the U.S.’s first integrated all women’s band.

Post-bop jazz saxophonist Ravi Coltrane has jazz in his DNA. In fact, the parents of one of today’s most in-demand sax players, were pianist, composer and bandleader Alice Coltrane and the legendary John “Trane”. 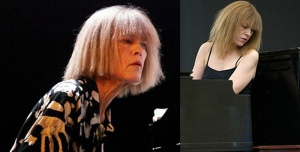 There is much more in common between harmonica player, singer and composer Karen Mantler and her mother Carla Bley, than the signature hairstyle. Mantler, an harmonica player, singer and composer seems to have inherited the musical talent that has made the eclectic Carla one of the most influential women in jazz. Bley is known for her important role in the free jazz movement of the 1960s and for her book of compositions, which have been performed by numerous stars, including Gary Burton, Art Farmer and John Scofield. 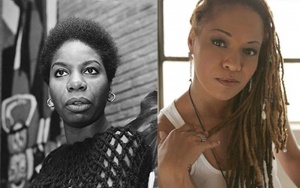 Born Eunice Kathleen Waymon but known to the public as Nina Simone, she undoubtedly was one jazz’s most notable contralto singers ever. Influential in jazz, as well as civil right movements, she received 15 Grammy Award nominations and a Grammy Hall of Fame Award in 2000. She was the mother of Brodway singer and actress Lisa Celeste Stroud, commonly known as Simone.