The Spanish word típico is translated as being characteristic of an area or a group of people. In the case of alto saxophonist Miguel Zenón’s new CD titled Típico, the group of people involved is the saxophonist’s long-standing quartet that has Luis Perdomo on piano, Hans Glawischnig on bass and Henry Cole (who came aboard after the departure of Antonio Sánchez) on drums. That band will be celebrating the new disc at Dazzle, 930 Lincoln, on Thursday at 6:30 and 8:30 p.m. and on Friday at 7 and 9 p.m. (303-839-5100).

Born in San Juan, Puerto Rico in 1976, the saxophonist came to the mainland to attend Boston’s Berklee College of Music and graduated in 1998. While in Boston connected with the Either/Orchestra, he then went on to gain a master’s degree from the Manhattan School of Music in 2001. Zenón developed a strong relationship with Panamanian pianist Danilo Pérez and worked with a range of people from Charlie Haden, the Mingus Big Band and David Sanchez to Fred Hersch and the SF JAZZ Collective with whom he recorded numerous albums.

He released the first of his dozen CDs in 2002 and before long he was named to the 2008 class of MacArthur Foundation “Genius Grant” recipients for his expansion of the boundaries of Latin music and jazz, in a way that emphasized both innovation and tradition. He was all of 31 at the times.

The new disc (on Miel Music) is a compelling mixture of no-holds-barred post-bop romps and moody reflections all within a Latin-rooted sensibility that has brought the alto saxophonist well-deserved recognition. It’s a mighty band playing mighty music.

Thursday also finds Australian bassist/singer Nikki Parrott in Vail as part of the Vail Jazz winter series at 6 and 8 p.m. Parrott is doing a tribute to Peggy Lee and the location is at Ludwig’s Terrace in Vail’s Sonnenalp Hotel (vailjazz.org). Speaking of singers, on Sunday, Dazzle has Leonard Barrett Jr. taking listeners on an “Unforgettable” tour of the music of Nat “King” Cole at 7 p.m. The evening is being written and produced by Lannie Garrett. Garrett, of Lannie’s Clocktower Cabaret, will also add her vocal chops to activities on stage.

In between Zenón and Garrett, Dazzle has a special event on Saturday at 1 p.m. to raise funds for a memorial bench in honor of the late Gerald Endsley in Washington Park. Trumpeter Endsley, a long-time leader of the Denver Municipal Band, was a fixture on the Denver scene and his son Shane Endsley has continued the family’s trumpet tradition. The event kicks off at 1 p.m. with Shane, who has gained national recognition with the band Kneebody and teaches at MSU Denver, doing a duet with pianist Hank Troy. After the duet, there’s the Denver Municipal Brass Band Quintet, an auction and the Arts Street/MSU Denver Reunion Quartet wrapping things up starting at 2:30 p.m. Also worth noting is that Shane is doing a duet with Dave King, the drummer for Bad Plus, at Dazzle on March 14.

Later on Saturday at Dazzle, at 7and 9 p.m., saxophonist Jim Stranahan (whose son, drummer Colin Stranahan, is another player from here who has earned national recognition) leads his 11-piece Little Big Band; and on Tuesday, the Colorado Jazz Workshop serves up groups, including a big band led by Marc Sabatella at 7 p.m. At La Cour, 1643 S. Broadway, saxophonist Joe Anderies leads a quartet on Friday at 7 p.m. (303-777-5000). And outside the standard venues, the duo of trumpeter Josh Trinidad and pianist Jon Wirtz are at Syntax Physic Opera, 554 S. Broadway, on Friday starting at 5:30 p.m. (720-456-7041).

Nocturne has 2 local bands in residency, both playing weekly through the end of April.  Wednesdays from 7 until 10:30pm  is Will Swindler and his Elevenet while  Fridays has the Keith Oxman Quartet taking stage at 7 and performing ’til 10:30pm

Looking ahead, next week finds guitarist Corey Christiansen at Nocturne, 1330 27th St., on March 9 and singer Jane Monheit at Dazzle on March 9-11. 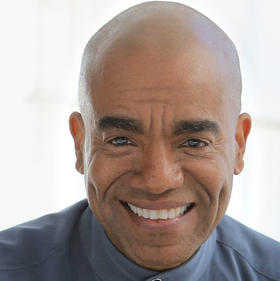