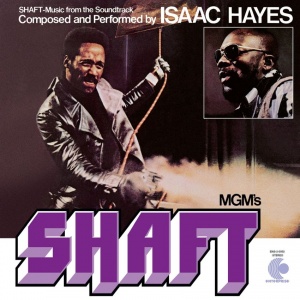 We salute the 50th-anniversary release of the film “Shaft,” its Academy Award-winning theme, and nominated score along with the music of Issac Hayes. The star of the film, Richard Roundtree, Director Gordon Parks, and Issac Hayes all have a direct or indirect connection with Denver.

We met Richard Roundtree at the National Association of Black Journalists Convention in Washington DC. Our black films channel Starz!/BET Movies sponsored a workshop panel on blaxploitation films which Mr. Roundtree was a panelist along with Fred “The Hammer” Williamson and George Tillman, Jr writer/director of the film “Soul Food.” Yes, America’s first black movies channel originated here in Denver. Richard and I had an extended chat during a group dinner that evening hosted by our network VP, Ms. Nina Henderson-Moore, now head of Content Development for Free Speech TV here in Denver. 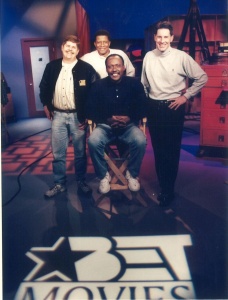 Roundtree and Williamson suggested we go outside as they needed a smoke. I learned quickly that outside meant a cigar bar across the street. Going into that den, with their stogies in full effect, knocked this non-smoker on my rear which gave them a good laugh. We would continue our conversation later after I struggled back to the hotel lounge. After returning, our network Managing Producer Ms. Lee Gash-Maxey, presently leading the Colorado Black Chamber of Commerce, suggested Richard would make a great host for our prime-time films, which we later set up in Los Angeles.

A principal aspect of my duties for Starz/BET Movies was writing and producing/directing the production of those host segments. Our hosts included Regina King, Blair Underwood, Hill Harper, and Loretta Devine. So we had a great day with “Shaft” in LA and yep, outside during breaks. he lit one or two up. 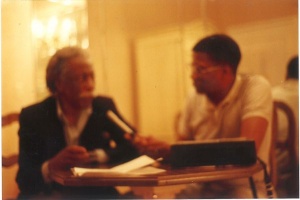 In the late 1980’s I learned the legendary Gordon Parks had been quietly coming to Denver for a few years conducting concerts of the Englewood Chamber Orchestra. Producing and hosting a long-running radio public affairs series, which still continues on KOSI, KKFN, I was able to connect with him for an interview.

Following the recording I asked him, after being the renowned first black photographer for the historic Life Magazine, writing his best-selling books as “The Learning Tree”, directing the film “Shaft,” and conducting the orchestra, how does one achieve such a level of creative growth? His response, “You can be a good journalist, which you are, as you asked some questions no one else has, or you can be a creative professional and follow your creative talents and instinct wherever such chooses to manifest itself.” I have never forgotten his advice.

Although we never met Issac Hayes, I heard his voice regularly and often. For a period he was the cool big image voice for our station, the original Smoothjazz 104.3 here in Denver. Then, Issac was also doing a morning program on the smooth jazz station in New York City. Director Gordon Parks, Richard Roundtree, and Issac, all three with direct and indirect connections to Denver.

Join host Adam Morgan on Saturday, July 10, at 8 pm as he celebrates “Shaft.” Only on KUVO JAZZ.