Hangin’ with The Dude on Groove Jazz Rendezvous 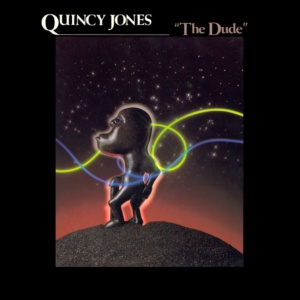 On Saturday, March 27, we recognize the 40th anniversary of the release of one of Quincy Jones’s most successful albums with our music special “Hangin’ with the Dude.”

“The Dude” was the recipient of three Grammy Awards of its twelve nominations with five of its eight songs making worldwide music charts, and its title and album cover inspired by an African artist sculpture.

“And that’s what inspired my album,” Quincy Jones indicated during an interview. “It might sound crazy, but this dude spiritually spoke to me and I’m glad it did, or else that album would’ve never been made!”

“The Dude” also introduced us to the vocal talents of James Ingram, a Grammy winner for a song on the album, and Patti Austin.

On Saturday evening March 27, at 9 pm on during Groove Jazz Rendezvous, join Adam Morgan for a music commemoration, “Hangin’ with The Dude” on KUVO JAZZ.