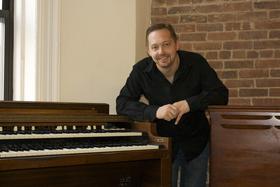 From 2012 to 2016, five artists from Denver or players who have a close connection to the city rose to the top spot in seven of the categories found in DownBeat magazine’s annual “Critic’s Poll.” The musicians are: alto saxophonist/soprano saxophonist/flautist Tia Fuller (who earned the top spot for all three instruments); drummer Rudy Royston; trumpeter Kirk Knuffke (who actually plays cornet); singer René Marie; and Hammond B-3 man Pat Bianchi.

Singer René Marie will be at Dazzle on February 15-16; and before she come to town, organ master Bianchi hits the club in the historic Baur’s Building, 1512 Curtis, with his trio on Sunday at 6 and 8:30 p.m. (303-839-5100). Born in upstate New York, Bianchi settled in Denver for a number of years before heading back east. While he was in Denver, he established a strong reputation on the Hammond B-3 as well as playing piano at El Chapultepec on a regular basis. After returning to New York, it didn’t take too long for Bianchi to hook up with the Jazz Master alto saxophonist Lou Donaldson. He also joined guitarist Pat Martino’s group.

During his time in Denver, Bianchi, while playing locally with visiting artists such as Hammond B-3 master Joey DeFrancesco and drummer Ralph Peterson Jr., gave all the right signals of being able to hold his own on the national stage. For his sets here, Bianchi has his regular trio with well-known guitarist Paul Bollenback and the young, Canadian-born drummer Sanah Kadoura.  It should be a potent homecoming.

Speaking of history, the 9th edition of the Neal Cassady Birthday Bash takes place this week. On Friday (Cassady was born on Feb. 8, 1926), the party celebrating Denver’s major contribution to the Beat Generation is at the Mercury Café, 2199 California, where multi-instrumentalist David Amram’s Quartet plays at 8 p.m. (303-294-9258). The party continues on Saturday at the Alamo Draft House/Sloan’s Lake, 4255 W. Colfax, at 7:15 p.m. with the showing of the films Magic Trip and Pull My Daisy (720-577-4720). Cassady (who is the character Dean Moriarty in On the Road) died at the age of 41 and is certainly a Denverite to remember. Amram is also on KUVO live 5 p.m. on Friday.

Returning to Dazzle, singers Erica Papillion-Posey and Wellington Bullings are on Stage on Thursday with Papillion-Posey singing at 6:30 p.m. and Bullings singing at 9p.m. On Friday at Dazzle, guitarist Dave Corbus (who worked with Bianchi in the Denver band 3-ocity) and friends play the music of Stevie Wonder at 6:30 p.m. and Eef and the Blues Express then plays at 9 p.m.

Lastly, on Sunday at 4 p.m., KUVO Jazz’s “On Stage” show of music recorded by the station gives you a fast start toward Mardi Gras with sounds from the Dirty Dozen Brass Band, the Fat City Mardi Gras Band, Gumbo Le Funque, Jon Cleary and Henry Butler. 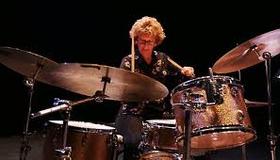