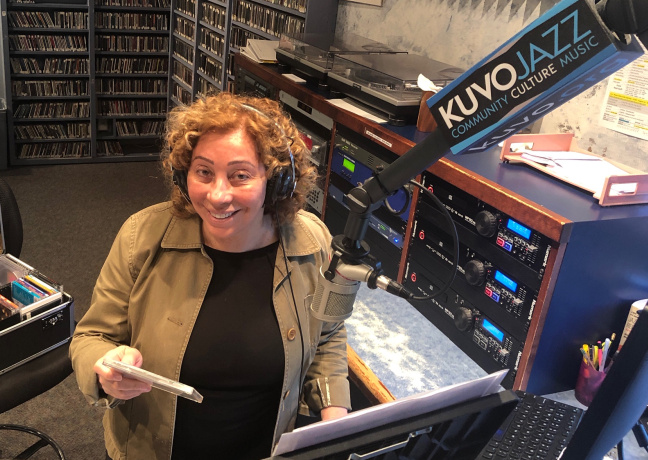 From the moment one hears “Girl from Ipanema,” the show’s opening theme song, along with Cenir’s deep, sultry voice, a Brazilian fantasy begins. Cenir has been reaching discriminating listeners with her radio show on KUVO since 1993 and was subsequently chosen as having “the sexiest voice on Denver’s air waves” in 1996 by Westword.

Born in the state of Espirito Santo, Brazil, Cenir was raised in Rio de Janeiro and possesses a well-rounded knowledge of Brazilian music. Her program features most genres of Brazilian music including samba, choro, bossa nova, Brazilian jazz, and MPB to name a few. Cenir stays abreast of the rapidly changing musical scene in Brazil. Always on the lookout for new music on trips to Rio and here in the U.S., she replenishes her collection of Brazilian CDs now numbering over 1,500!

Cenir’s education is extensive. She obtained an undergraduate degree, from UFRJ (Federal University of Rio); a Masters degree from University of Colorado at Boulder; and a Ph.D. from the University of Virginia where she started her radio program, at WTJU, in 1990. Her degrees are in ancient Greek and Latin.