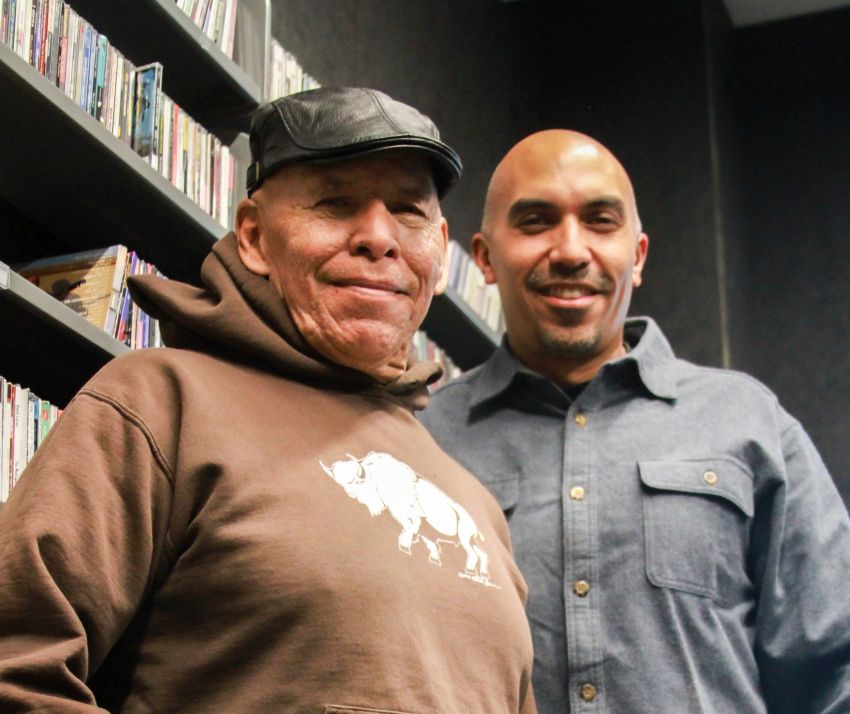 Richard Two Elk began his career in public radio in Berkeley, CA helping with a Native American radio program on KPFA-Pacifica in 1977.

In the fall of 1978, Richard returned to Boulder, CO where he helped Native American students develop a Native American radio program at KGNU-FM. Though the students came and left, Richard stayed on producing weekly programs for 5 years until 1983, when he left to serve in the U.S. Army.

Since returning from active duty service, Richard has continued his work with the KGNU radio program on and off since 1990. Currently, Richard presents “WinterCamp Chronicles: Indian Voices of Our Times” once a month on KGNU.

Richard is joined on IndigitNess Voice by his son Alix Two Elk, as co-host on Sunday mornings at 7 am.