The inaugural CineLatino Film Festival in Denver features a four-day cultural celebration of Latino Cinema. With 12 titles showing September 25 – 28, 2014, the festival offers a mix of feature and documentary films, along with new and repertory titles.  Festival director Ernie Quiroz visited “First Take with Lando and Chavis” to preview the screenings. 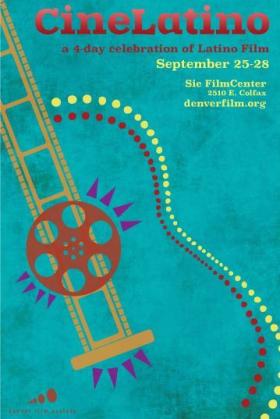 “Five or ten years ago you really saw a renaissance in Latin American filmmaking,” said Quiroz, who ran a similar film festival in Phoenix.  ”So many great filmmakers from Mexico, Guillermo del Toro, Alphonso Cuaron, Alejandro Gonzalez Inarritu, they really opened the door for a lot of other filmmakers.”

New director of the film noir “Water and Power” Richard Montoya and producer Edward James Olmos will be at the premier Thursday night, September 25.   The classic “Zoot Suit” shows on Saturday morning, September 27.

Here’s a graphic of the lineup. 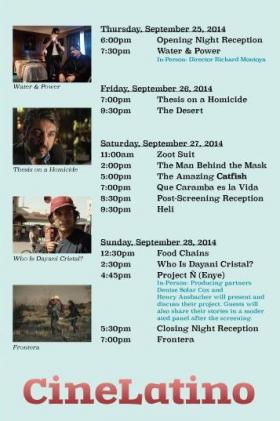