The global awards ceremony to exclusively celebrate Jazz music, The Jazz Music Awards: Celebrating the Spirit of Jazz, and its creator and executive producer, Wendy F. Williams announced the recipients of six honorary awards and the nominees in eight competitive award categories. These special honors, as well as the thirty-three nominees, recognize individuals who have made – and continue to make – a lasting contribution to this American art form. Finalists in each category are the result of the first round of nominations submitted during the eligibility period from April 1, 2021, through March 31, 2022. These well-deserved honors will be presented at the Jazz Music Awards ceremony, set for Saturday, October 22, 2022, at the Cobb Energy Performing Arts Centre in Atlanta, GA. Tickets are on sale now, click here for further details. 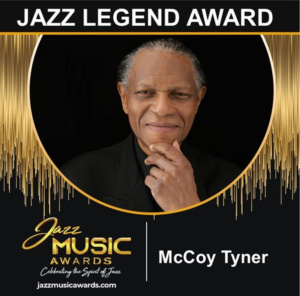 Also, the final four nominees have been announced in eight competitive categories; a tie in the Best Duo, Group, or Big Band category resulted in five nominees, while the Best International Artist category submissions did not meet the Jazz Music Awards submission criteria resulting in this award being removed from the final ballot this year. 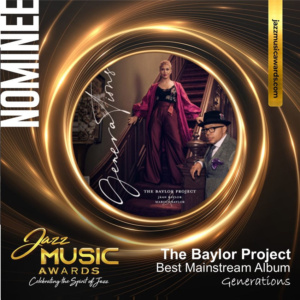 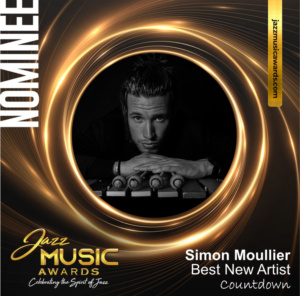 “We are honored to recognize and present a wide range of dynamic and innovative artists including our six award honorees and our thirty-three nominees. I am still amazed that in 2022, a dedicated global Jazz award show in North America has never been done at this level. I am thrilled that we can step into this space to honor and recognize musicians and the entire genre in this way. We are making history and we are just getting started,” says Wendy F. Williams, creator and executive producer of the Jazz Music Awards, as well as the General Manager of NPR-affiliate Jazz 91.9 WCLK. “Jazz music has been an essential part of the legacy of Jazz 91.9 WCLK, which will be celebrating fifty years on the air in 2024, from its home on the campus of Clark Atlanta University in Atlanta. By recognizing our honorees and nominees, we are giving thanks for their incredible artistry that furthers the richness of the Jazz tradition, which is integral to American music and culture.” 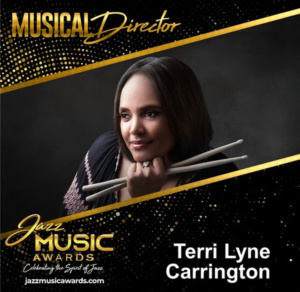 “The Jazz Music Award is a necessary and important platform for the jazz community,” says Carrington, who is also the founder of the Berklee Institute of Jazz and Gender Justice. “It’s vital that we spotlight and celebrate artists across all hybrids of Jazz, many of whom have been overlooked or unsung throughout their careers.”

The inaugural Jazz Music Awards will establish a new platform for recognizing the rich history, musical innovation, and vital artistry that continue to inform America’s truly original art form – Jazz Music. As an essential component of the vast tapestry that weaves together African Americans’ contributions to the arts, Jazz is the Culture of America. It is a unique sound and style that is beloved around the world.
For updates and information on the award ceremony, please visit jazzmusicawards.com.

ABOUT THE JAZZ MUSIC AWARDS The Jazz Music Awards recognizes jazz as an American musical art form, birthed from the experience and innovation of African Americans, rooted in blues, ragtime, swing, bebop, and creative improvised music, including Latin jazz, mainstream, smooth, and other contemporary forms, or hybrids. The Jazz Music Awards and its creators recognize and amplify Jazz as a vibrant cornerstone of all American music that has profoundly influenced American language, style, traditions, and sounds, producing heroes and cultural phenomena. The Jazz Music Awards is a nonprofit division of Jazz 91.9 WCLK at Clark Atlanta University, the Historically Black College and University, owner and licensee of WCLK.