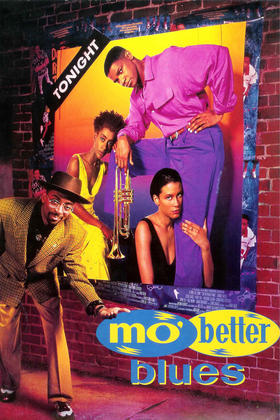 At one time Hollywood and Television couldn’t get enough of jazz scores in its movies shows. An august generation of composers with serious jazz pedigrees are still around—Johnny Mandel (whom we profiled back in 2014), David Amram, Andre Previn, Lalo Schifrin and Quincy Jones to name a few. With all of these guys now in their 80s, some wonder where is the next generation of composers and arrangers will come from. In recent years, film scores have been done by trumpeter/synthesist Mark Isham, bassist (and son of Clint) Kyle Eastwood, drummer Antonio Sanchez, and perhaps the most prolific of them all New Orleans based trumpeter Terence Blanchard. Winner of 5 Grammys, nominated for 11 as well as a Golden Globe for “The 25th Hour,” he is a highly respected band leader, composer, teacher and performer.

Now 54, Terence Blanchard, a New Orleans native and childhood friend of Wynton Marsalis spent two years at Rutgers University while also touring with Lionel Hampton. On Wynton’s recommendation, in 1982 Blanchard replaced Marsalis in Art Blakey’s Jazz Messengers and stayed until 1986 as its principal soloist and musical director. Moving on he formed a band with Donald Harrison, producing seven albums before moving to a solo career in 1990. That same year his first foray into film was playing the Denzel Washington trumpet parts in Spike Lee’s “Mo’ Better Blues” and since 1991 he has composed all the subsequent Lee films. He has written the scores for over 50 films and television shows. His breadth of style includes the R & B story of “Cadillac Records,” the blend of New Orleans blues and jazz in “Eve’s Bayou,” the classical style of “The Caveman’s Valentine” (where he played Samuel L. Jackson’s piano parts). His score for “Red Tails,” a World War II drama included rock-oriented guitars, synthesizers and the FILMharmonic Orchestra and Choir in Prague with a nod towards Wagner and Strauss. He even scored the almost ‘smooth jazz’ soundtrack to “She Hate Me.” His most recent work was neither for film or television but “Champion: An Opera in Jazz” about the life of welterweight Emile Griffith commissioned by Opera Theater of St. Louis and St. Louis Jazz and premiered in June of 2015. Later it had a second run by the Opera Parallèle and SF jazz.

Asked in a 2011 to name his top five favorite film scores of the last 25 years, Mr. Blanchard listed “Glory” (James Horner), “Shawshank Redemption” (Thomas Newman), “Traffic” (Brian Eno), “Man On Fire” (Harry Gregson-Williams) and “Narnia: The Lion, the Witch and the Wardrobe” (Harry Gregson-Williams), adding further to his far-reaching interest and openness to the types of film scoring possible. He once discussed how he approaches working in film by stating that “My philosophy is study your tail off. Because films change, the subject changes, and the tone and the look of the film changes.”

No doubt born out of experience in the field, he also brings a sense of humility to the process understanding that by the time he has been brought on, the director more than likely has already made major sacrifices to the script, the scenes and the structure, leaving good parts on the cutting room floor. As the composer, he has to be flexible and nimble to work with the changing nature of the medium.

This must be challenging, as the history of jazz is full of uncompromising figures, some legendary, when it came to their music, how it was to be played and produced. Perhaps because he is also a teacher, nurturing young talents in his bands such as Aaron Parks and Lionel Loueke as well as the even younger ones in his current E-Collective as well as the clinics and universities where he teaches, Terence Blanchard carries an understanding of the organic nature of composition and the give and take that exists in the creative process. The inventiveness of his body of work, his exceptional trumpet playing and his overall sensibilities as an artist, composer and leader all combine to suggest that the next generation of film composers is already here and leaving their considerable mark.