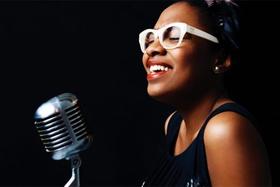 In the 2014 DownBeat “Critics Poll,” singer Cécile McLorin Salvant exploded on the jazz scene. Just a year or so after the release of her first American album, WomanChild on Mack Avenue, the Miami-born singer, who moved to Aix-en-Provence, France in 2007 to study at the Conservatoire Darius Milhaud, emerged not only as the rising-star female vocalist but also as the top overall female vocalist on the scene (and the rising-star jazz artist as well). Talk about capturing the ears of the critics in one giant step, especially since Salvant went to France to study classical music.

Born to a doctor with roots in Haiti and a mother, who was an educator and French, the singer/pianist was following a classical-music path. Ironically, it was only in France that she gained exposure to jazz, through saxophonist Jean-Francois Bonnel (who can be found on her first disc, the French CD Cecile). But she was a quick study when it came to the jazz vocal tradition and in 2010 she entered the Thelonious Monk international vocal competition. She won that competition (in which Denver’s Dianne Reeves was one of the judges) and, in the process, caught the attention of Ed Arrendell who normally just focused on his one client, Wynton Marsalis.

All of this led to the first American disc and everything produced in its wake, including two added recordings on Mack Avenue, the 2015 Grammy-winning For One to Love and the 2017 Dreams and Daggers. And the reason you should care about this rather incredible story is that Salvant is in town at Dazzle, 1512 Curtis, on Friday and Saturday. The chance to see Salvant  (who has occupied the top spot in every DownBeat “Critics Poll” since 2014) in a small-club setting with great acoustics is not something you want to miss. Her sets on both nights are at 6:30 and 9 p.m. (303-839-5100).

Cécile’s repertoire covers originals plus non-originals that cover the full spread of jazz and pre-jazz material. At Dazzle, she will do that with pianist Aaron Diehl’s trio (bassist Paul Sikivie and drummer Kyle Pool). Of course, Diehl, on his own outside of Salvant, is strong player and there is an added bonus of him performing solo on Thursday evening in Dazzle’s intimate Grand Gallery at 6 and 8:30 p.m. Diehl’s, who also records for Mack Avenue, has an upcoming disc called Space, Time, Continuum.

You can say that half of the musical week at Dazzle is devoted to Salvant and her touring friends. There’s also a CD release event from GAMEjazz on Sunday starting at 5:30 p.m., a record exchange on Tuesday at 6 p.m. and singer Todd Murray, who follows the cabaret path, on Wednesday at 6 and 8:30 p.m.

At Nocturne, 1330 27th St., the tributes continue with pianist Dana Landry tipping his hat to Ahmad Jamal on Thursdays, bassist Matt Smiley doing the same for Charles Mingus on Fridays and guitarist Mike Abbott (with Jeff Jenkins and Paul Romaine) completing things with a bow to John Abercrombie on Saturdays. All the music kicks in at 7 p.m. (303-295-3333). The Double Guitar Quartet (with Tim Wendel and Khabu Doug Young) and John Gunther’s Bad Hombres are also at Nocturne on Tuesday and Wednesday respectively.

Looking ahead to next week, the legendary, multi-Grammy® winning pianist Eddie Palmieriwill perform at Dazzle for 2 nights during his 8oth Birthday Tour! 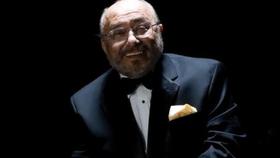