“Joy Spring” (1954) by Clifford Brown (1930 – 1956), with lyrics by Jon Hendricks (1921 – present), features many of the qualities that made Brown’s music so memorable. While the relationship between mathematics and music is well-known, artists who are both are rare. His wife LaRue said “Music was his first love; I was his second, and math was his third.” Clifford Brown became fascinated with the trumpet when performing as a child with his family; his father gave him a trumpet of his own when Clifford was a young teenager. Having played with Dizzy Gillespie as a 19-year-old he was encouraged to go on the road, but chose college instead, where he met Fats Navarro and Max Roach, who greatly influenced his compositions. He had studied mathematics at Delaware State College, but transferred to Maryland State College which had a stronger music program.

In 1950 a car wreck led to a year of recovery time and he found it necessary to switch to piano for a part of that time. Despite having only four years available for recording, Brown greatly influenced jazz; the focus on chord progressions, the clarity and richness of his trumpet playing and quality of his life all proved seminal to generations that followed. Drug-free at a time when drug use was widely regarded as a prerequisite for playing jazz, he demonstrated that great music did not require drugs. He died in a car accident while on his way to a musical engagement, along with fellow performer Richie Powell and Powell’s wife Nancy. His genius, kindness and the warmth of his personality led to a number of memorial songs, including “Praise for a Martyr” by colleague Max Roach and “I Remember Clifford” by Benny Golson. Tributes include The Clifford Brown Jazz Festival in Wilmington DE, a scholarship fund and Twyla Tharp’s dance “I Remember Clifford”, which incorporated Golson’s music.

Jon Hendricks, strongly associated with “vocalese”, the art of using voices to sing instrumental parts, added lyrics to “Joy Spring” during his time with the trio Lambert, Hendricks & Ross. He moved his family to London in 1964, largely to provide a better education for his children. In 1985 he provided lyrics for Manhattan Transfer’s album “Vocalese”, which went on to win an Oscar. Known as the “James Joyce of Jive”, Hendricks currently teaches at the University of Toledo. 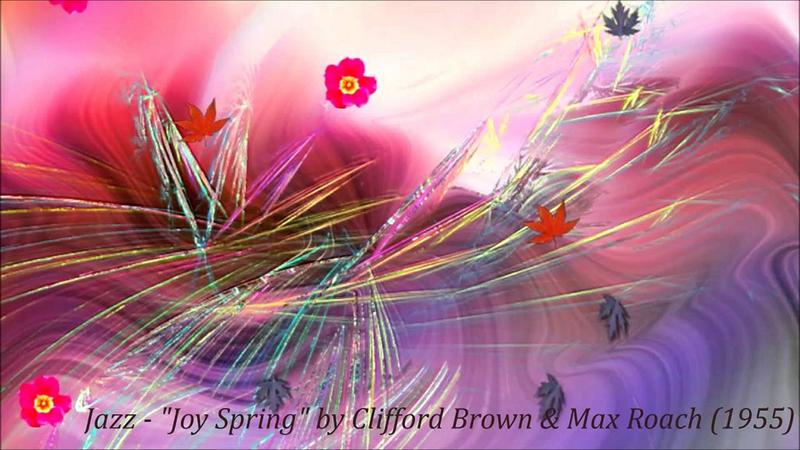