At the age of only 29, Theo Croker not only has the chops to be an outstanding trumpeter, he also has imaginative music concepts, the love of many different styles of music, compositional skills and the music education that has given him a solid foundation to build on, oh yeah-one more thing-he has the genes as he is the grandson of the hall of fame trumpeter & vocalist, Grammy® winner,  Adolphus “Doc” Cheatham.  Theo is from Leesburg, Florida, when he was 11 years old he spent a summer with his granddad in New York City and saw him playing at the Sweet Basil jazz club. Upon his return to Leesburg he decided he would follow in his grandfather’s footsteps and picked up his first trumpet and began to teach himself how to play while listening to Doc Cheatham’s recordings. He continued more formal training in high school as well as listening to other trumpet players, one of which was Donald Byrd whom quickly became a favorite of the young Theo. After high school he enrolled in the prestigious Oberlin Conservatory of Oberlin, Ohio so he could receive lessons from Dr. Byrd who was a professor there.

Theo was still a student at Oberlin when he was given the Presser Music Foundation Award which he used to finance his first recording, The Fundamentals in 2006. Upon graduation Theo relocated to Shanghai, China. While residing in Shanghai he would play the local club scene as well as jazz festivals around the country. Not only did he play jazz, he played with fusion and salsa bands which helped him to sharpen his skills and expand his musical horizons. In 2009 Croker released his 2nd CD, In The Tradition. Later that same year he was in the big band that accompanied famed vocalist Dee Dee Bridgewater who was impressed enough that when she returned to Shanghai the following year she convinced Theo it was time to return to the US and to record his first major label album which she  produced on her own DBB Records label distributed by the newly revised OKeh imprint of Sony Music,

Afro Physicist is the result of that collaboration. In addition to producing the session Ms. Bridgewater appears as guest vocalist on 3 tracks, Roy Hargrove is also a guest vocalist on a heartfelt performance in tribute to his father and finally vibist Stefon Harris is featured on another track. Afro Physicist is a fine collection of instrumentals and vocals, originals and covers in a variety of formats and rhythms. This is a very exciting project that after a few listens you’ll be anxiously waiting to hear the next project to come from the laboratory  of Afro Physicist Theodore Lee Croker. 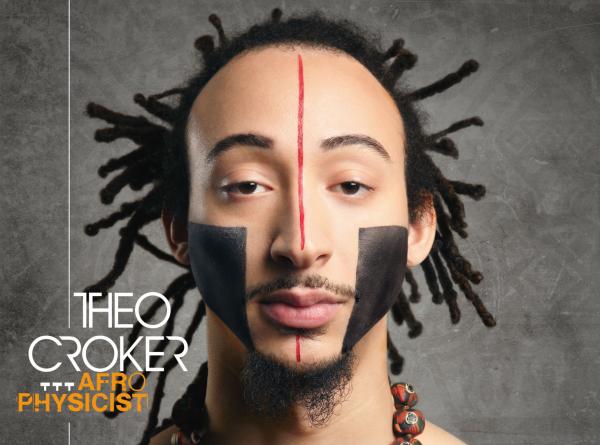