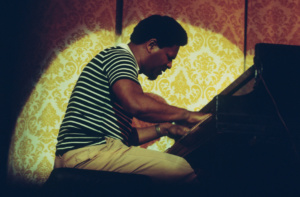 McCoy Tyner, a cornerstone of John Coltrane’s groundbreaking 1960s quartet and one of the most influential pianists in jazz history, died on Friday at his home in northern New Jersey. He was 81. Mr. Tyner’s manner was modest, but his sound was rich, percussive and serious, his lyrical improvisations centered by powerful left-hand chords marking the first beat of the bar and the tonal center of the music.

Along with Bill Evans, Herbie Hancock, Chick Corea and only a few others, Mr. Tyner was one of the main expressways of modern jazz piano. Nearly every jazz pianist since Mr. Tyner’s years with Coltrane has had to learn his lessons, whether they ultimately discarded them or not.

Throughout March KUVO Jazz hosts will be playing music featuring Mr. Tyner as a leader and accompanist from the over 100 recordings we have from his massive discography.