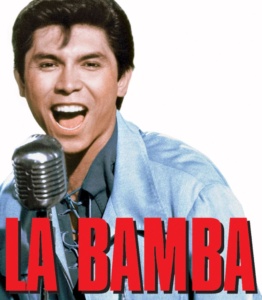 Join the PARTY! On Friday, July 24, 8 to 10pm the Latin Soul Party (LSP) celebrates the past Chicano Music Festival Hall of Fame inductees.

In the first hour, LSP will feature an interview “The Life and Times of Ritchie Valens” with Daniel Valdez, actor and musical director for the movie “La Bamba.” Thank you Pocho Joe of “La Raza Rocks” for eloquently engaging with Mr. Valdez in the interview. Daniel Valdez was inducted into the Chicano Music Hall of Fame in 2016.

Later on the show, LSP will do a very heartfelt musical tribute to the late great “Zeke DeLeon,” featuring his work with his brothers and front man of Brass Monkey. Zeke was inducted into the Chicano Music Hall of Fame in 2013.