“Les Feuilles Mortes” (“The Dead Leaves”) was composed in 1945 by Joseph Kosma with lyrics by poet Jacques Prévert for the 1946 French film Les Portes de la nuit. Yves Montand was the first to perform the tune in the film, which was set in World War II Paris and was part of the “poetic realism” movement.

In 1949, songwriter Johnny Mercer wrote English lyrics for the tune, changing the name to “Autumn Leaves.” Jo Stafford was the first to record the American version. In the next few years it was recorded by Bing Crosby, Edith Piaf, Artie Shaw and Paul Weston.

While the tune was not an instant hit, it gained popularity when Roger Williams recorded a chart-topping rendition in 1955. “Autumn Leaves” stayed on the charts for six months and was recorded by Coleman Hawkins, Dizzy Gillespie and Duke Ellington in 1957. Ellington’s version features an emotional violin solo by Ray Nance.

Cannonball Adderley’s recording of the tune is still one of the more popular versions among jazz musicians today. Ahmad Jamal arranged this rendition, which features Miles Davis on trumpet. An equally influential version was recorded by Bill Evans, Scott LaFaro and Paul Motian in 1959.

The tune lent its name to the 1956 film Autumn Leaves, starring Joan Crawford and Cliff Robertson and featuring Nat King Cole’s version of the song in the credits.

There are more than 90 jazz versions of “Les Feuilles Mortes” and more than 1,500 recordings of “Autumn Leaves,” making the tune one of the most recorded and performed jazz songs. 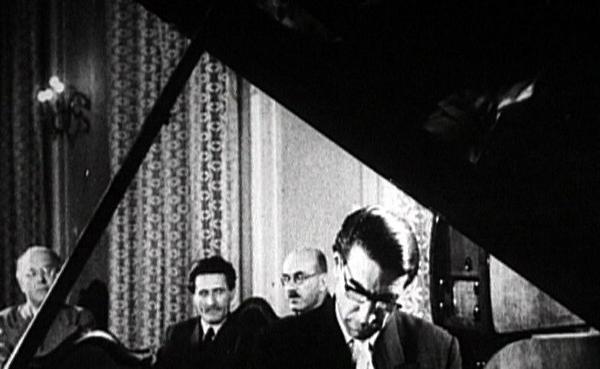