Live at the Vineyards—On the Radio 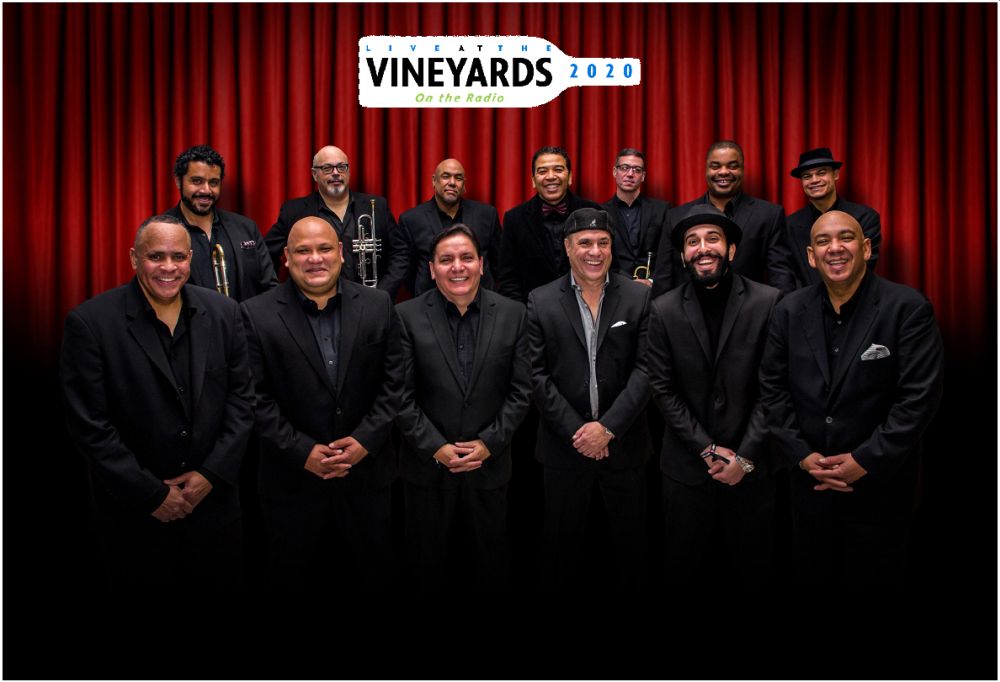 We were honored to host Oscar Hernández and his Spanish Harlem Orchestra (SHO) in 2018 and it turned out to be among one of the most memorable performances with lots of dancing! Four-time Grammy Award winner Hernández has long been considered one of the most gifted and prominent pianists, arrangers on the contemporary Latin, Latin-Jazz, and Salsa music scene. He has achieved legendary status for his prolific career spanning now over 40 years.

Oscar Hernández is the leader of the world-renowned Spanish Harlem Orchestra. With their seven CD’s to date, Oscar and SHO, as they are commonly known, were nominated for a Grammy on their first CD “Un Gran Dia En El Barrio,” won the Grammy for their second CD release,” Across 110th Street” and nominated for their third CD “United We Swing,” and winning yet another Grammy with their 4th CD “Viva La Tradición” and won their 3rd Grammy with “Anniversary” in 2019. Oscar was the music producer as well as pianist/arranger on all CDs. Since the band’s inception in 2001, SHO has garnered numerous awards and world acclaim as one of the finest exponents of Salsa and Latin/Jazz music. Spanish Harlem Orchestra is generally considered one of the best Salsa & Latin-Jazz Orchestras today and one of the finest music ensembles in the world.

Live at the Vineyards grew out of a vision shared by KUVO JAZZ, the owners of Balistreri Vineyards, and Yasu Kizaki of Sushi Den to bring people together with music, the food, wine tasting, and dancing. When you tune in this year, you are not only celebrating the community connections that make such an event possible – you are celebrating the many artists who share their talent with us.

Everyday on the air we celebrate the musicians that have helped shape this community event. KUVO is the is place that listeners turn to for a diverse experience that touches hearts, minds, and souls.

As we take Live at the Vineyards 2020, to the radio airwaves, we continue to promote food vendors that prepared our Gourmet Feast in past years and rally around musicians, and ensure music takes center stage, be sure to check out the videos on our homepage.

This radio broadcast offers you an opportunity to connect to a significant event that has captured music enthusiasts for many years. This is your backstage pass from the comfort of your home to Live at the Vineyards!

Musician Line-Up: 15 Years of Live at the Vineyards

Thank you for listening!

Live at the Vineyards Announcement