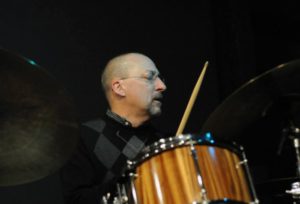 Drummer Todd Reid is yet another artist with talent and the credentials that make him a local “man to call” when a top drummer is needed.

Discovered by his musician father at age 9 banging on 3 coffee cans using leaky ballpoint pens as sticks in their living room, it would seem his future was clearly marked.  Dad bought him a drum set, and he was shortly sitting in at a local jazz club in Kettering, OH.

From that point, Reid had his first professional experience at age 11 with a week-long gig on the Mississippi riverboat Delta Queen.  He went on to play in youth orchestras and a school jazz band then received his undergraduate degree (Bachelor of Jazz and Commercial Music) at Cincinnati College-Conservatory of Music and completed a Masters of Music in Percussion.

Living in NY for a number of years, he worked with Gerry Mulligan, Dr. Billy Taylor, Bucky Pizzarelli, vocalist Marlene VerPlank, and many others.

In 1992, he moved to Denver and quickly settled into the local jazz scene starting with drumming in the house band at El Chapultepec.  He has appeared with and recorded with Jon Hendricks, Mose Allison, Freddie Cole, Bob Dorough, Eddie Daniels, Richie Cole, and so many, many other top-tier jazz artists.  He played with the Wil Swindler Elevenet at the Longmont Jazz Festival featuring Denis DiBlasio, at Sullivan’s with Pat Bianchi, at Steamboat Springs with Nnenna Freelon.

A dedicated teacher, Reid has had his own private teaching studio since 1986 and is currently a faculty member of the Music & Entertainment Industry Studies department at the University of Colorado Denver teaching applied lessons, master classes, and music appreciation.

He is in demand as a clinician/performer in the U.S. and Europe, but once you’ve heard him play, you’ll want him to stick around the Front Range!  To learn more and see where he’ll be playing next, check out his website at www.toddreid.com. 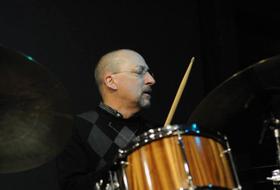