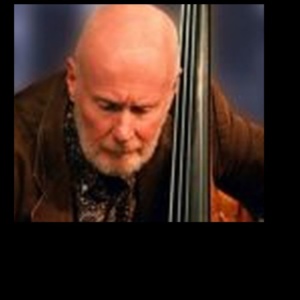 Bill McCrossen, one of the most versatile bassists you’ll ever hear, is a native New Yorker who visited Colorado after high school, fell in love with the area, and never stopped dreaming about a life here.  But he stayed in New York working gigs, playing with orchestras, working on Broadway and in TV productions, commercials, and even working the Bill Cosby cartoon show, “Little Bill.”

Coming out of high school and some college with strong classical music skills – he was the principal bassist for the Queens Philharmonic — he reached the point where he became “tired of counting measures.”  Young and with no money for further education, he decided to learn more about jazz “from the source” and began going to clubs and networking with some of the best:  Dave Holland, Michael Moore, George Mraz, and Eddie Gomez.

He came so far along that he taught at a performing arts college on Long Island as well as at the Hartford Conservatory.  At Hartford, he ran their performance lab and taught improvisation and the history of jazz.   While he values his teaching experiences for what he gave as well as what he learned, now that he’s here in Denver not teaching, he feels so wonderfully free to explore music in its broadest forms.

For instance, back in New York, with a quartet called InnerrOute, they experimented with the outer reaches of improvisation and would find themselves “kind of out there.”  This was music for the musician, the free-thinking listeners, the experimenters. He recorded 3 CDs with this group. Listen here.

A project in which he is involved today is a group called Mmmwhah, a 9-person ensemble that works with music, movement, and mindfulness, as well as art.  A member of this group is Dexter Payne, another world music performer.  (See Local Musician Spotlight of August 17, 2017, for more on Dexter.)

Bill plays other instruments that add to his world music view, including a Kora (a 21 string instrument from Mali); a kamale ngoni, an 11-string gourd instrument from Burkina Faso, also in Africa; and a Mbiri, a kind of giant version of a thumb piano.

With all these instruments and all this broad musicianship, I had to ask what music he’d call his favorite to play.  He said the first choice would be free improvised elements of world music, and second, classic Brazilian jazz.  He had a 2-month artist-in-residence gig at Nocturne playing with Eric Gunnison, Bill  Kopper, and Raul Rossiter in a group called Coracao that played exactly that.  Take it from me, it was just fantastic.

Bill’s been living here in Colorado about 4 years and is still amazed at how welcoming and open the musicians have been.  He cites Art Lande, Marguerite Juenemann, and Mark Diamond as just a few of the fine folks who helped introduce him to the Colorado music scene.

Bill has recorded with Art Lande (“Not Spoken”), Anisha Rush, and others;  and he recently released a CD with Carmen Sandim called “Play-doh.”