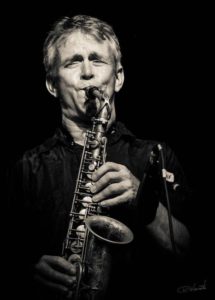 Dexter Payne plays the world!  He says his life is “the scenic route, not the toll road.”  Perhaps this needs explanation.

Growing up immersed in music, Dexter was introduced to blues in a summer school band class where he honed his harmonica skills.  He then discovered a jazz radio station where he listened to Miles and Count Basie.  He moved to saxophone but always knew he wanted to play the clarinet.

He moved from blues to swing, back to blues, and then to African music.

As a younger musician he toured from coast to coast with his wife’s swing band, Big Sky Mudflaps  for 16 years.  Some time after his wife’s passing, he took “a little side trip” to Brazil, a trip he feels he had been preparing for all his life.  He put his belongings in a friend’s attic and headed for Mexico, expecting to return in a year or so.  He started in Baja California and worked his way south from band to band, town to town.  Over the next three years, he played in 10 countries including 10 months in Brazil.

During this time he was approached by composer Gaudencio Thiago de Mello and formed a friendship and collaboration that spanned 2 continents and 15 years.  For this, Dexter Payne won recognition in two Downbeat Readers’ Polls.

He returned to the US and was called by Boubacar Diebate, a native Sengalese who then lived in Boulder.  He performed with a number of African artists, experiences that helped when he was appointed director of AfroPop Ensemble at Naropa University.

Currently he can be seen and heard with Tito Malaga and with Marrakech Express, featuring exciting music blended of Arabic, Andalusian and North African sounds.

In his career, Payne has performed from Tijuana to Paris, from Montreal to Buenos Aires.  He’s equally at home playing Brazilian choro jazz as he is playing jazz and blues.  In his own quintet, his music has been described as animated, driving, breath-taking, and humorous.

That he has settled on the Front Range is simply our great luck! 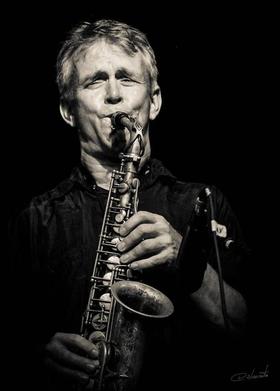