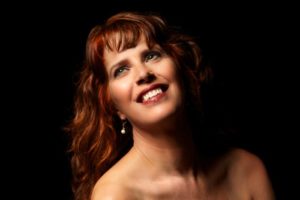 Janine Gastineau is a multi-genre singer who is totally enjoyable in whatever genre she’s singing at the moment.  She sings jazz; Brazilian MPB (Música Popular Brasileira); French chanson (any lyric-driven French song, usually polyphonic and secular); music of the Great American Songbook; as well as the tunes of great jazz composers.

Janine grew up listening to everything from classical to Motown and the pop music of the day. College included classical training and vocal study, which led to singing in foreign languages: French, Italian, Latin & German.  I’ve even heard her sing in Portugese.

After college, she worked for several years in professional musical theatre.  She has created several original musical reviews including three that celebrate the music of Stephen Sondheim and a show called “THOU SWELL, THOU WITTY:  An Evening with Rodgers & Hart” with music arranged by Bijoux Barbosa.

In 2006 she started her solo career and later recorded her first solo album called ALL MY WILDEST DREAMS in 2015, a jazz-intensive compilation of songs by Duke Ellington, George Gershwin, Rodgers & Hart, Thelonious Monk, and Hoagy Carmichael.  She added two Jobim tunes because of her love for bossa nova and samba. Instrumental back-up on this album included both Eric Gunnison and Jeff Jenkins, guitarist Bill Kopper, percussionists Jill Fredericksen and Raoul Rossiter, as well as Barbosa on bass.

Jazz and Brazilian music remain Gastineau’s first and best loves and make up much of what she performs year-round. “These two genres contain the most poetic, intricately constructed, and beautifully melodic songs ever written,” she says. “Songs that demand strong musical chops, great technique AND the emotional honesty to bring them to fullest fruition.

Jazz critic Scott Yanow has said “Janine Gastineau has an attractive, distinctive, and often-haunting voice that is quietly expressive.  Whether it is straight-ahead jazz, ballads, or bossa novas, she puts her stamp on each song, creating music that is filled with subtle surprises.”

Janine says this:  “Singing is kinesthetic, intellectual, emotional, spiritual.  The elements of a song – melody, lyrics, harmonics, rhythm – are all vehicles that help to connect you with the human condition.  I try to bring that expression, that emotion, to every performance.”

Janine’s most recent recording/release is a holiday EP, called PEACE, with Jeff Jenkins on piano.  I expect you can catch some of it on a KUVO broadcast this season.

She frequently sings with Denver’s latest jazz import, Terri Jo Jenkins, and also sings in a vocal quartet called Quirktett.  Keep your eyes on KUVO’s website under Events/Live Performances to see where Janine will be singing with these folks! 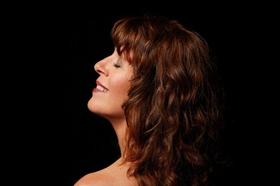