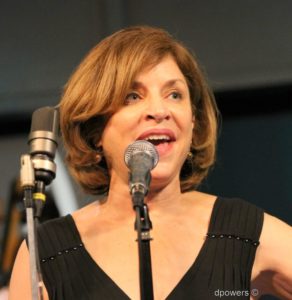 Another one of Denver Jazz’ pride and joys is Teresa Carroll, singer.  Teresa was trained in voice at Ithaca College, at the Harlem School of the Arts, and with vocal coaches in New York.  Known primarily as a jazz singer, she has sung opera for four years at Mike Bernardi’s, winning many accolades, including Best Opera Singer for Westword’s “Best Of” edition.  Westword also awarded her “Best Jazz Singer.”  Now, that’s a range!

While in New York, Teresa recorded Comme Si Comme Ca with Fred Wesley and Maceo Parker.  This album is available on Amazon as is a 2015 recording, “Live at Dazzle.”  In New York, she performed in many jazz venues such as The Blue Note, Seventh Avenue South, and Eric’s with legends such as Philly Joe Jones, Kirk Lightsey, Rashid Ali, Junior Cook, and Tommy Turentine.  She has recorded with Ray Drummond, Tom Harrel, and more.

She has been featured on several of KUVO’s yearly LIVE AT THE OASIS compilation CDs:  Volume 5, 7, and 11.  We don’t have to tell you that any of these can be had from KUVO with a donation of $60 or more!  In 2013, she recorded three CDs with CIMP Records, featuring John Gunther, Doug Roche, Ron Bland, and Todd Reid (sax, piano, bass, and drums respectively).

Sought out on a regular basis on the Denver jazz scene, she currently performs at The Golden Hotel, The Summit Steakhouse, Nocturne, Dazzle Jazz, Nonna’s, The Crimson Room, La Cour Bistro & Jazz Bar and Caffe Sole.  She sings for various fund raisers and charity events such as The Peoples Fair, Taste of Colorado City Park Jazz, Juneteenth.

Support your outstanding local jazz artists!  Get out to enjoy Teresa Carroll! 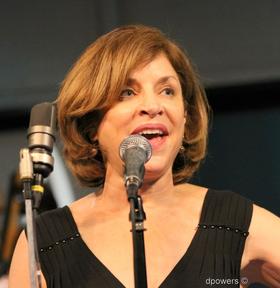