Long Play on The Night Side with Andy O’

Listen to Long Plays during the 11 o’clock hour of The Nightside…these special extensive compositions needed a deeper listen. 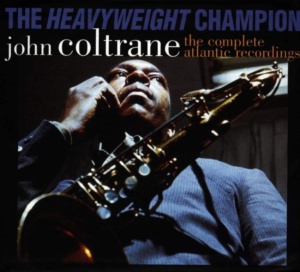 Andy O’s selections for Sunday, September 19, are “My Favorite Things” (25:00) by John Coltrane from a private recording eventually released on Coltrane’s Box set “The Heavyweight Champion” and “Olé” (18:00) from the album Olé.

John Coltrane never stopped wondering what he wanted from music, and never stopped pushing the boundaries. Trane genuinely strove to be saintly in his devotion to the divine, creating a body of deeply spiritual music that has come to be regarded as holy by his many devotees. His musical legacy was officially consecrated in 1971 when the Church of Saint John Will-I-Am Coltrane was founded in San Francisco. A gentle and enigmatic man of many voices, Trane was an often fiery, shockingly original musician. Put on any of his records, and the sounds emanating from his saxophone crackle with life. While his music was criticized by some as being too “aggressive,” Trane knew (as some people “knew” in the 1960s) that love was the answer. 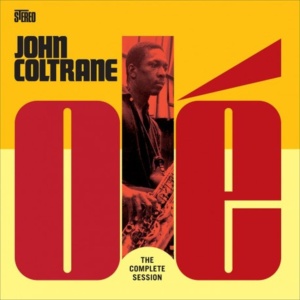 His albums gained momentum, one after the other, until his death in1967, when perhaps he finally went even further beyond. When he recorded Olé Coltrane in 1961, Trane was already transitioning over to Impulse! Records and his playing reflected the greater freedom that the new label afforded him. In the original liner notes, he is quoted as saying (in a classic understatement), “I like to play long.” On the 18-minute showpiece “Olé,” one can imagine the profound satisfaction he must have felt when for the first time, he was free to let his playing stretch out across the record grooves. This is trance music of the highest order. Recorded one year after his former boss Miles Davis released Sketches of Spain, Trane’s “Olé” resonates with the mystical sounds of the North African Moors who once ruled the Iberian Peninsula. While Sketches of Spain is big on Gil Evans’ sweeping orchestrations and flamenco grandeur, “Olé” explores the Eastern-influenced musical modes of Islamic Spain in a more stripped down and earthy manner. Just two days after recording Africa/Brass, his stunning debut album for Impulse!, Trane took old bandmates McCoy Tyner and Elvin Jones into the studio for a rendezvous with some talented new friends. Joining them there were Trane’s equally intense and innovative counterpart, Eric Dolphy, the very young trumpeter Freddie Hubbard, and bassists Reggie Workman and the Art Davis.

“This dream team provided a great deal of musical empathy, liberating the conception and size of Coltrane’s solos, spurring him to unknown heights. Everyone except Elvin Jones solos on “Olé,” shaping the song with ever-increasing freedom into the masterpiece that it is. Eric Dolphy’s flute solo is unforgettable, communicating genius in a voice that no one could fail to identify. The interplay of the two basses lends an eerie mysticism to the song, with Art Davis’ strong rhythmic bow-work suggesting the entrancing dance of Istanbul’s Whirling Dervishes.” —by John Ballon, November 23, 2003 – All About Jazz

Tune in to The Nightside with Andy O’ on Sunday night, September 19, from 8 to midnight. Only on KUVO JAZZ!