In observance of his birthday on May 26, 1926, Long Play on the Nightside with Andy O ‘ will be exploring several extended pieces by Jazz icon Miles Davis throughout the rest of May. 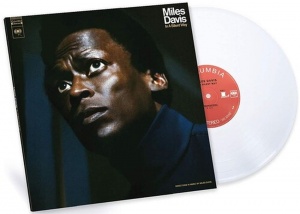 “In a Silent Way/It’s About That Time” (19:53) From the 1969 album “In a Silent Way”—featured is an amazing collection of astonishing musicians. Miles Davis on trumpet, Wayne Shorter on soprano saxophone, John McLaughlin on electric guitar, Chick Corea on electric piano, Herbie Hancock on electric piano, Joe Zawinul on organ, Dave Holland- on upright bass, and Tony Williams on drums. This was Miles’s entrance into music with electric instruments and was, at the time of its release not considered Jazz or Rock but it took on the label Jazz-Rock fusion. Over the decades it has been recognized as one of Miles’ best. 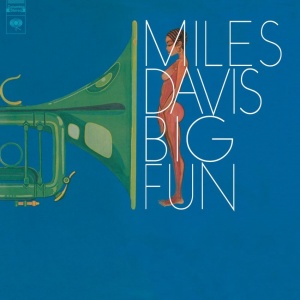 Written by Zawinul recalling his pre-WWII childhood in the Austrian hills “Great Expectations/Orange Lady” (27:40) From the album “Big Fun” recorded in November 1969 and released April 1974. Originally titled “Great Expectations” until it came to light that the second part of the piece was Joe Zawinul’s “Orange Lady.” It features Miles Davis playing his Trumpet with his signature Harmon Mute giving the piece its stark lonely sound for the first half of the recording. In addition to Miles on the trumpet, is Steve Grossman on soprano saxophone, Bennie Maupin on bass clarinet, John McLaughlin on electric guitar, Herbie Hancock and Chick Corea on electric piano, Ron Carter on upright bass, Harvey Brooks on Fender bass guitar, Billy Cobham on drums, and Airto Moreira on percussion.

By the time this was released all of the musicians on the date were leading bands of their own. More Miles Long Plays coming throughout May.

Tune in to The Nightside with Andy O’ on Sunday night, May 16, from 8 to midnight.