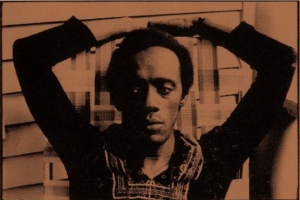 Afternoon of a Georgia Faun is an album by American jazz saxophonist Marion Brown recorded in 1970 and released on the ECM label. Along with Geechee Recollections and Sweet Earth Flying, it was one of Brown’s albums dedicated to the US state of Georgia. The album features Brown, multi-instrumentalists Anthony Braxton and Bennie Maupin, vocalists Jeanne Lee and Gayle Palmore, pianist Chick Corea, and percussionists Andrew Cyrille and Jack Gregg, all of whom double on secondary instruments, along with three supplementary percussionists for the second track.

In an interview regarding the recording, Brown stated that the sound world of the album was related to “things that I saw and heard each day going from my house to school, church, visiting, roaming with my dog and a BB gun looking for birds to shoot… It was also… the things my ears enjoyed: birds singing outside my window, dogs barking, a rooster crowing in the morning, crickets in the summer, the sound of people having a good time in one of the houses where those good times are had, standing outside the sanctified church at night enjoying music, and the sound of happy feet stamping furiously, in tune with the preacher and themselves.” 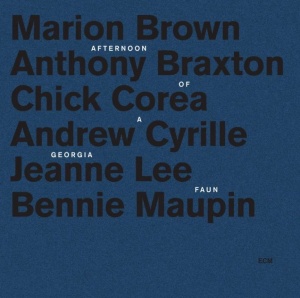 Concerning the recording session, Chick Corea recalled: “There was so much respect for one another in the studio that… as soon as the first sounds began and we knew we were recording, everyone was in it and totally listening to one another — listening to the sounds that the others were making and always putting something in that complimented the other sound or contrasted the other sound one way or the other… That was the vibe, and it was very thick and very pleasurable. “Andrew Cyrille reflected: “I don’t remember Marion saying, ‘Stop. No. Do this, do that.’ He just accepted what was going on… He just asked us to go ahead and play, and that’s what we did…Everybody was kind of focused on him spiritually.”

Tune in to The Nightside with Andy O’ on Sunday night, July 11, from 8 to midnight.