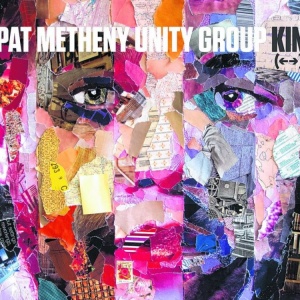 “On Day One” (15:07) – Pat Metheny from the album “Kin”
Metheny has said that his idea behind Kin was to push the quartet-led concept that led to Unity Band further forward by adding more orchestration to the instrumental core of the band so that Kin would be “more like the Technicolor, IMAX version of what a band like this could be—but with that hardcore thing still sitting right in the middle of it all.”[1] The album also re-explores the concepts of worldview, unity, and the global village explored on previous Pat Metheny Group albums such as Letter from Home and We Live Here. 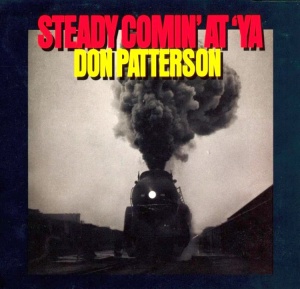 “Muse Blues” (17:51) – Don Patterson from the album Steady Comin’ At Ya
Don Patterson (1936-1988) wasn’t the most distinctive organist to follow on the heels of Jimmy Smith’s success. But, like Larry Young and Shirley Scott who also played piano first, Patterson was undoubtedly one of the more melodic and lyrical of organ practitioners. What’s more, while his more popular peers ventured into soul-jazz, funk, and pop, Patterson stayed firmly rooted within the bop tradition. He recorded a whopping 15 albums for Prestige between 1964 and 1969, then recorded only five more for the Muse label until his final 1978 album, recorded a decade before his death.

Steady Comin’ At Ya includes all five tracks from Patterson’s terrific 1973 Muse LP, These Are Soulful Days, adding one track (“Lori”) from his 1972 Muse debut, The Return of Don Patterson and two tracks (“Harold’s House of Jazz” and “Room 608”) from Movin’ Up (1976) and Patterson’s 18-minute “Muse Blues” Throughout, Patterson solos with the sensitive, understated flair of a pianist. Jimmy Heath is well featured on “Whistle While You Work” and “Blue ‘n Boogie.” Martino, perfectly matched to Patterson for slower tempos, however, excels – as he does elsewhere — on the faster tempos. The remaining tracks are of interest to hear Patterson interact in separate quartets featuring the altos of Richie Cole and Eddie Daniels. But they only fill out the CD and don’t offer enough of the interest these groups can offer on their own.

Steady Comin’ At Ya contains some of Don Patterson’s best-recorded work and offers proof that this melodic bop organist is a neglected talent that, even a decade after his death, remains deserving of wider recognition.

Tune in to The Nightside with Andy O’ on Sunday night, June 6, from 8 to midnight.