November is Native American Heritage month, celebrating the culture, traditions, accomplishments, contributions, and histories of Native American peoples. Extending well past the month of November, KUVO JAZZ is fortunate enough to bring you the insight and sounds of Native American culture every week, with hosts Richard Two Elk and his son, Alix Two Elk, on “InDigitNess Voice.” 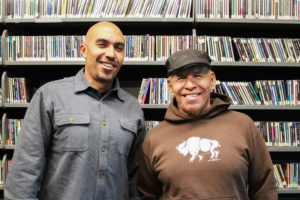 Two Elk, as Richard explained, was originally the first name of a man who was forced to surrender during what was called a surrender census, when Oglala Sioux Indian chief, Crazy Horse, had surrendered at Ft. Robinson in Nebraska in 1877.  The name Two Elk subsequently became a surname following the event.

This kind of history is what you can expect from “InDigitNess Voice,” KUVO JAZZ’s Native radio program airing every Sunday from 7am to 8am. No stranger to the radio scene, Richard Two Elk is a Native journalist who began doing Native radio in Berkeley, California in 1977. When he moved back to Boulder, Colorado in 1979, KGNU radio was still in its infancy, and it is where he started the Native weekly program “Generations” with fellow CU Boulder Native American students. 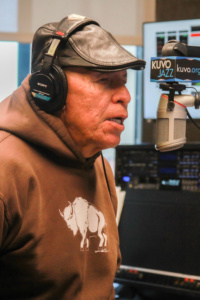 “I’ve been doing recordings of Native Americans since the 70’s,” Richard explains, “I would record their speeches or record their talks, and the main reason I started doing that was because I couldn’t paraphrase what they were saying, I couldn’t tell somebody else, I heard Chief Oren Lyons talk the other day and this is what he said, it just didn’t do it any justice.”

This idea gave birth to Richard recording his fellow Native Americans. When Richard began broadcasting, he was able to use a lot of the recordings he captured and bring them to the airwaves.

“The process over the years has been to evolve with the digitization of that same format. So here we are today with “InDigitNess Voice,” which is really the culmination of that effort.”

An effort going on its seventh year on KUVO JAZZ. The show began in 2014 after the untimely death of Susie Aikman, who hosted the Native American program “AlterNative Voices” since the 1990’s on KUVO, and Richard and Alix Two Elk have since moved the legacy of Native radio on KUVO forward. 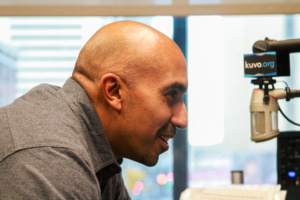 Alix Two Elk, whose first name is Hatuey, is named after the Taíno Chief born in Haiti who was among the first to fight against Spanish colonialism. Alix, alongside his father, is the other half of “InDigitNess Voice,” curating the music and offering Native American wisdom to our audience.

“One of the messages that we’ve really tried to push is a whole idea of resilience. We try to share positive uplifting messages to help support people to keep a positive outlook on things instead of focusing on the negative, that’s been a huge thing for us.”

This past Sunday, we were reminded by Alix to have a daily practice of gratitude in order to subvert our negative thoughts. Along with the host’s invaluable insights, the music itself is a diverse collection of Native American representation.

“My whole thing was that anytime you hear of Native musicians or Native Americans, a lot of people think about the flute, drums and chanting. I wanted to try to bring awareness to a lot of the other musicians and artists out there and all the different genres that they have, by Native American people,” explains Alix. 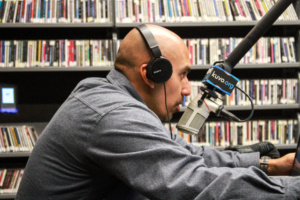 People can expect to be surprised if they’re not familiar with Native American culture, the music ranges from country, folk, rock, RnB, pop, dance, electronic, rap, blues and of course the duo will play some flute and traditional music.

Regarding some of the music, Alix explains there are a lot of young people who face hardship in certain communities, particularly reservations faced with poverty, and their outlet has become art and expressing themselves, and music is one of those expressions.

“Music is a positive outlet even though some of the messaging may not seem so bright and cheery, you know it’s a reality for a lot of those people and we like to share that message.”

The music has been a vital part of the Native experience in modern times, according to Richard. The theme song of the show titled “Zuni Sunrise” was one of the first recorded Native American songs that was put to tape, and this kind of preservation of culture is key. 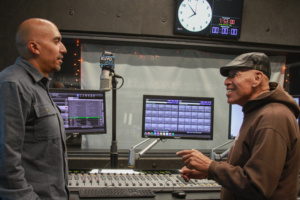 “I think that the essence of what we can express as Native people in these interviews, these speeches, these recordings that we’ve gathered and we present on “InDigitNess Voice,” some of them coming from the 1980s and 90s and the 70s even, some of them being contemporary, is where the people themselves talk about what they see as the concern, what they see is their experience. I think that that is a critical element.”

To Richard Two Elk, preserving, digitizing and carrying these recordings forward in time is the most significant story that they can tell.