Nat “King” Cole first released “Nature Boy” – composed by eden ahbez – in 1948. Tune in today as we celebrate Jazz Appreciation Month with some of this compositions most notable covers!

A year earlier, eden ahbez (born Alexander Aberle, and who chose to spell his new name with no capital letters), had brought his composition to Cole. Although he was initially ignored, ahbez left a copy backstage and eventually Cole saw it and liked the song enough to record it.

Cole recorded the tune in 1947 with Frank De Vol’s orchestra, using strings and flutes to capture the whimsical nature of the song.

The lyrics are believed to be autobiographical, capturing ahbez’ life as an eccentric nomad. Born in Brooklyn, he and his siblings were orphaned at an early age and sent to foster care, but he didn’t last there long.

ahbez wandered through the country, ending up in L.A.  He had long hair and ate a diet of fruit and nuts. Some say he lived under the Hollywood sign—many say he was the prototypical hippie, as part of the Nature Boy movement which began in L.A. in the 1940s.

The lyric “The greatest thing you’ll ever learn/is just to love and be loved in return,” resonates with many and helped turn the tune into a hit.

Controversy surrounded the ownership of the tune when Yiddish composer Herman Yablokoff sued ahbez for plagiarizing his song “Shvayg mayn harts” (“Hush My Heart”), but they settled the issue outside of court.

Cole recorded the song with ahbez’ permission and they divided the royalties, which ahbez shared with the people who helped him bring the song to life, including the backstage valet who helped him get the sheet music to Cole.

Capitol records was at first hesitant to release Cole’s recording, but Cole stood behind the tune and performed it live to the public’s delight. Eventually the song was released, helping Cole gain recognition  with a wider audience.

“Nature Boy” reached #1 on the charts, and Billboard named it the best record of the year. More chart-topping versions were soon released by Frank Sinatra, Sarah Vaughan and Dick Haymes.  In 1999 the tune was recognized with the Grammy Hall of Fame award.

Some of the most prominent versions of “Nature Boy” come from jazz violinists, including a 1948 recording by Svend Asmussen, and a 1949 recording by 1949 by Stephane Grappelli with Django Reinhardt. Another notable version came from the Miles Davis Quintet in 1955, featuring Charlie Mingus, Elvin Jones and Teddy Charles.

“Nature Boy” has enjoyed a film career as well. The original recording was featured in The Boy With Green Hair (1948) and Untamed Heart (1993). Other versions have been included in The Crossing (1990), The Talented Mr. Ripley (1999) and Angel Eyes (2001).  The tune provides one of the central themes for Moulin Rouge! (2001), which features several versions, including a techno rendition recorded by David Bowie and remixed by Massive Attack.

There are more than 550 versions of Nature Boy. Tune in today as we celebrate Jazz Appreciation Month with some of this compositions most notable covers! 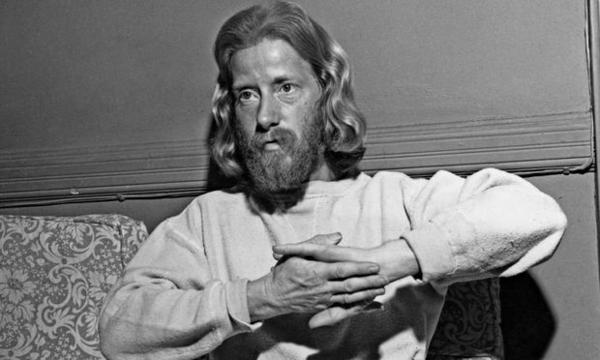