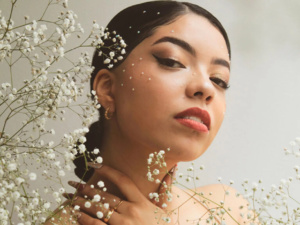 The next big thing in jazz could be the winner of the 2022 Sarah Vaughan International Vocal Competition, Lucía Gutiérrez Rebolloso. The 21-year-old singer was born and raised in Veracruz, Mexico. She started singing at age five in her parents’ son jarocho group, “Son de Madera.” She came to the jazz genre as a teen and graduated in 2022 with a bachelor’s degree in jazz studies from Universidad Veracruzana.  She was a finalist in the solo category in the “Young Jazz Award” of the National Jazz Orchestra of Mexico and was the first place winner in the ensemble category where she sang with the a cappella group, NAWI. She’s already working on her first solo album and is working as a backup singer and vocal director for the Mexican artist Natalia Lafourcade.

Runners-up were 23-year-old Ekep Nkwelle, a Cameroonian-American songwriter who attended the Duke Ellington School of the Arts in Washington DC and is planning to graduate from Juilliard soon. Allan Harris was a finalist, and as an established singer, in my opinion, kind of a ringer. The other finalists were Slovakian singer Kristen Lash and American-Armenian vocalist Lucy Yeghiazaryan, who is about to release her third album in early 2023. (SOURCE: NJPAC) 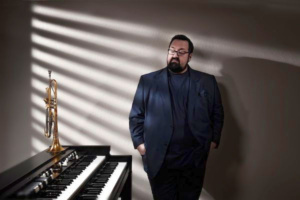 The 87th Downbeat Reader’s Poll is on the newsstands. Christian McBride was named Jazz Artist, Bassist, and Producer of the Year.

Pat Metheny won Album of the Year for “Side-Eye NYC (V1.IV)” and Guitarist of the Year.

And in a loving farewell note, Joey DeFrancesco was named Organist of the Year one final time by Downbeat readers.  Downbeat wrote that “In the world of jazz organ, eras will now be measured pre- and post-Joey DeFrancesco.” (SOURCE: DOWNBEAT MAGAZINE) 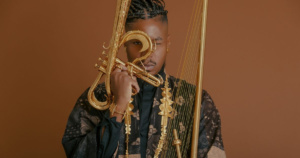 Now his moniker is Chief Xian aTunde Adjuah, or more simply, Chief Adjuah. The New Orleans native is the nephew of saxophonist and NEA Jazz Master Big Chief Donald Harrison Jr. and is a chieftain of the Xodokan Nation of the maroon tribes of New Orleans.  It’s a big title with a lot of year-round responsibility to lead his tribe, as well as during parade season.  I have no doubt he has the creative depth and character to serve well as chief in the rich and deep Black Indian culture of New Orleans.

He has added a new instrument to his repertoire, the Adjuah Bow, a custom kamele n’goni gravi-hybrid (which appears to be a West African-influenced type of harp). (SOURCE: https://www.chiefadjuah.com/stretchmusicbio)