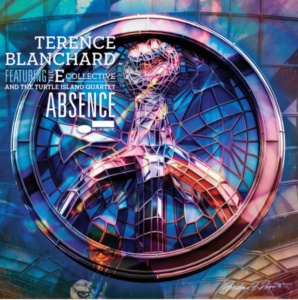 Terence Blanchard featuring & the E-Collective and the Turtle Island Quartet – “Absence”
Master New Orleans trumpeter and film scorer Terence Blanchard has recorded a magnificent tribute to one of the living legends of jazz saxophone and compositions, Wayne Shorter. Not content to just reproduce Wayne’s music, Blanchard asked the Turtle Island Quartet to join his E-Collective to create an amazing experience. Shorter’s music helped shaped Terence’s musical identity as a youngster so he decided to follow NEA Jazz Master Wayne Shorter’s advice: ” jazz means I dare you!”. Terence accepted the challenge and has delivered a superlative homage. 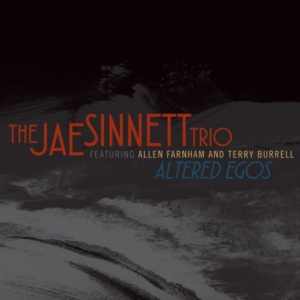 The Jae Sinnett Trio – “Altered Egos”
It’s always a pleasure to receive a new recording by drummer and fellow jazz radio host from Virginia Beach. Jae’s trio played in our former Phyllis A. Greer Performance Studio several years ago while on tour in Colorado. Once again Jae teams up with his long-time bandmates, Allen Farnham-piano and Terry Burrell on bass. Along with 2 jazz standards, the trio tackle selections by John Coltrane and Cedar Walton. Add to this, a great cover of the 1960s hit by Ramsey Lewis, “The In Crowd” and a few originals, voila! Another stellar outing not to be missed. 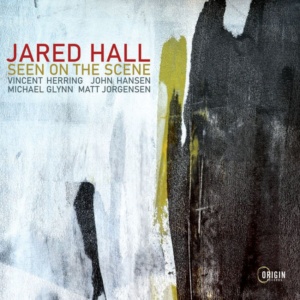 Jared Hall – “Seen On the Scene”
Rapidly rising young trumpet man Jared Hall was mentored by Terence Blanchard and Brian Lunch among others. Originally from Spokane, WA, Jared is a graduate of the prestigious University of Miami’s Frost School of Music. His second release as a leader features Vincent Herring on alto sax and a Seattle-based trio. The songbook consists of 4 jazz cannon tunes and 5 originals by Hall. A trumpeter to keep an eye and ear on as he matures towards that higher level.

Every Monday starting at Noon, I debut the latest arrivals to the KUVO Jazz library, many of them are played ahead of their official release date. In addition to the music, I’ll provide a few tidbits about the artist in particular if it’s a new or up-and-coming artist.

The Return of New Music Monday!