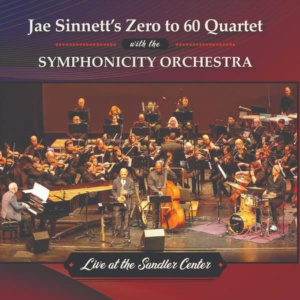 Jae Sinnett’s Zero to 60 Quartet with the Symphonicity Orchestra” Live at Sandler’s Creek”
Originally from the Pittsburgh, PA suburb of Donora, Jae arrived in Virginia in the mid-1970s to serve in the US Navy. After his tour concluded he remained in Virginia and has not only become a superlative drummer and bandleader, but Jae has also hosted the popular jazz show “Sinnett in Session” on WHRV-FM 89.5 in Norfolk, VA since the early 1980s! Sinnett’s latest recording has his quartet join forces with the Symphonicty Orchestra for this brilliant live recording of all Sinnett originals. 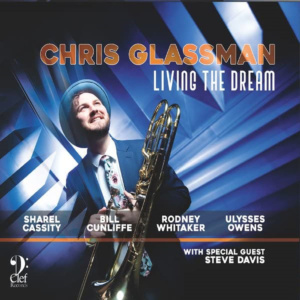 Chris Glassman: “Living the Dream”
Growing up in Littleton, Chris Glassman was raised on jazz as his dad is a drummer and his older brother also is a drummer/percussionist playing for the US Air Force Falconaires in Colorado Springs. Like his dad and brother Chris too began playing drums until his mom urged him to pick up another instrument so he chose the trombone-the next loudest after the drums. He studied at the University of Denver and then moved on to Michigan State University where after obtaining his Master’s he remained at MSU as a member of their esteemed faculty. For his debut, Glassman chose a formidable cast of accompanists featuring Bill Cunliffe on piano, Rodney Whitaker on bass, Ulysses Owens Jr on drums, and Sharel Cassity on various reeds. 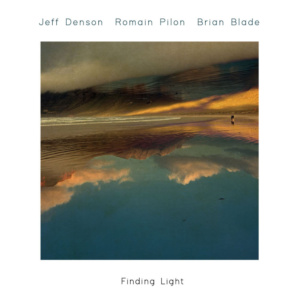 Jeff Denson-Romain Pilon-Brian Blade: “Finding Light”
This guitar trio was in the midst of a successful tour when the pandemic put a halt to it after a show in Berkeley, CA. While at home, both Jeff and Romain wrote music independently but with the others in mind. Each tried composing in search of light in hopes the pandemic would be short-lived. Finally, in May of 2002 after several postponements to the spikes in Covid 19, the trio managed to record this session and express their sound of joy!

“Every Monday starting at noon, I debut the latest arrivals to the KUVO Jazz library, many of which are debuted ahead of their official release date. In addition to the music comments, I’ll provide a few tidbits about the artist in particular if it’s a new or up-and-coming artist.” — Arturo Gómez