Tune to New Music Monday to hear these new music highlights and more presented by host Arturo Gómez on Monday, November 1 at noon. 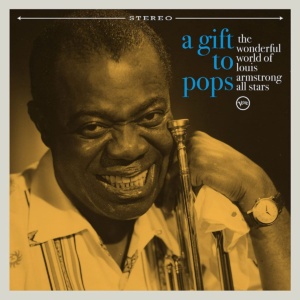 Various Artists: “A Gift To Pops: The Wonderful World of Louis Armstrong All-Stars”
An illustrious line up of current musicians come together to pay their respects to Louis “Pops” Armstrong. Some of the amazing talents include Wynton Marsalis, Wycliffe Gordon, Nicholas Payton, and many others. After a previously unreleased 1964 track by Pops and his all-stars, the following 10 tracks-both instrumentals and vocals are performed by various formats of the musicians. The songs were recorded in New Orleans with 1 selection recorded at Jazz at Lincoln Center, NYC. The liner notes were written by the George Wein, his final contribution to the jazz world. 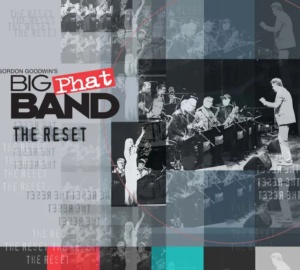 Gordon Goodwin’s Big Phat Band: “The Reset”
One of the most swingin’ and popular big bands return with their first outing in 3 years. The songs were recorded during the pandemic and reflect Goodwin’s perceptions and shared times during the traumatic time. The titles of the song reflect that mood, e.g. “Six Feet Away”, “Cell Talk” etc. As always Gordon injects humor and positivity into his arrangements performed by some of So Cal’s most talented musicians. 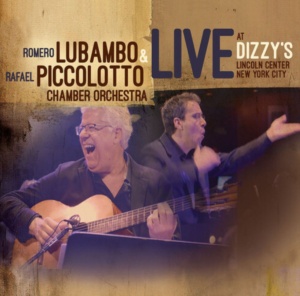 Romero Lubambo & Rafael Piccolotto Chamber Orchestra: “Live at Dizzy’s-NYC”
One of the most gifted guitarist from, Brazil is Romero Lubambo who not only dominated his native Brazilian rhythms but is equally at home in any other genre of music, For his newest session Romero-pronounced homero tamed up with his long time friend, fellow brasileiro, award winning conductor-arranger of a chamber orchestra, Rafael Piccolotto de Lima. The majesty of Rafael’s arrangements accompany the mastery of Romero on guitar is stunning from start to finish.