The New Music Monday highlights on Monday, August 22 at noon will include: 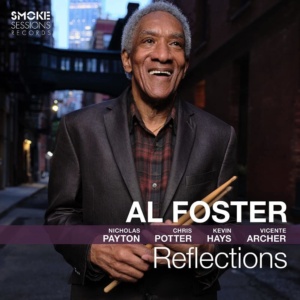 Al Foster: “Reflections”
Approaching 80 years of age is occasion enough for anyone to take a moment and look back on a life well lived. For revered drummer Al Foster, those eight decades have been more memorable than most, filled with exhilarating sounds and encounters with some of the music’s most iconic figures. On Reflections, his second album for Smoke Sessions Records, Foster revisits the work of several of his legendary peers alongside an inspiring quintet of all-stars: Nicholas Payton on trumpet, Chris Potter on tenor saxophone, Kevin Hays on piano and keyboards, and Vicente Archer on bass. One listen and you will be inspired to listen frequently. 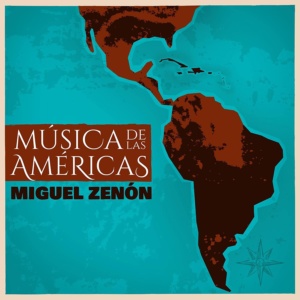 Miguel Zenón: “Música de la Américas”
Upon his arrival to New York City from his hometown of San Juan, Puerto Rico, Multiple Grammy® Nominee, and Guggenheim and MacArthur Fellow, alto saxophonist Miguel Zenón has been part of a small; group of jazz musicians who have broken down barriers and stereotypes to much acclaim and success. As the title of his new recording suggests, Miguel pays homage to the indigenous and history of the Caribbean, Antilles, and the American continent with a brilliant cast of accompanists with a few special guests. This album will surely be running for the best recording of 2022. 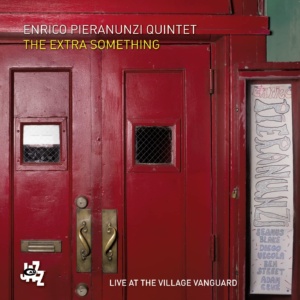 Enrico Pieranunzi Quintet: “The Extra Something”
Growing up in Roma, Italy, Enrico was encouraged by his jazz guitarist father to take up classical piano and by the time he was 13, he was already offering recitals and even became an instructor at 24 years old. Two years later his life was transformed when the jazz bug bit him and he pursued his new music course with a passion. He accompanied some of the biggest names of US-based jazzers when they traveled to Italy and Europe. For his latest session, his first since the onset of the pandemic, he selected to release his performance at the historic Village Vanguard in 2016 featuring a quintet of NYC’s finest, Ben Street on bass, Adam Cruz on drums, Diego Urcola on trumpet/trombone, and Seamus Blake on tenor sax.