New Music Monday with Arturo Gómez introduces you to new on Monday, June 27 at noon. 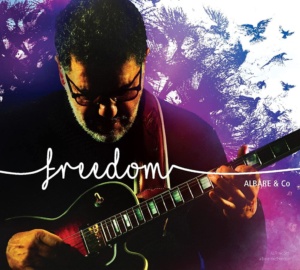 Albare & Co: “freedom”
The music of Albare, guitarist-composer-producer and label owner is as diverse as his background. Born in Morocco, and raised in Israel and France he relocated to Australia where he now makes his home. As always, Albare is accompanied by pianist Phil Turcio who first met Albare at a jam session in 1992 shortly after Albare relocated to “The Down Under”, they’ve been playing together ever since! For this new recording, Albare and Phil are joined by the husband-and-wife team of trumpeter Randy Brecker and saxophonist Ada Rovatti plus Aussie bassist Phil Rex and Los Angeles drummer Felix Bloxom. The album’s title, “freedom” is a reference to jazz which despite the increase of censorship around the world, jazz remains the voice of freedom that will never be silenced. 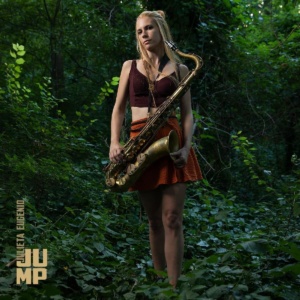 Julieta Eugenio: “Jump”
Another new and emerging face of jazz hails from Buenos Aires, Argentina where jazz is becoming increasingly popular and producing many new players. As with many jazz musicians, Julieta began playing piano before switching to clarinet and saxophones. After graduating from the prestigious Conservatorio Nacional Lopez Buchardo ( IUNA) of Argentina she won a scholarship to earn her Master’s degree at Queens College in NYC 10 years ago where she has been living ever since. Her debut recording features bassist Matt Owonszyk and Jonathan Barber at the drums. The playlist consists of 10 originals penned by Julietta Eugenio. 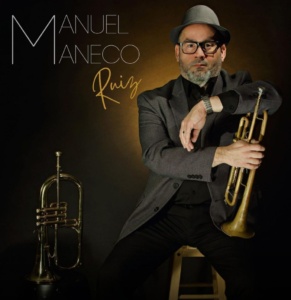 Manuel “Maneco” Ruiz: ‘self-titled’
Originally from the extremely musical city of Ponce, Puerto Rico, Mr. Ruiz holds a Bachelor’s Degree from the Puerto Rico Conservatory, Masters’s Degree, and Artist’s Diploma from Rutgers University. After finishing his studies at Ruthers, “Maneco” began playing trumpet for the biggest names in Latin jazz and salsa of New York City including Eddie Palmieri and the Spanish Harlem Orchestra among others. He also has played with several top-flight mainstream jazz bands led by Phillip Harper, Michael Phillip Mossman, and Denver’s own Colin Stranahan. His debut recording features the outstanding pianist-arranger Oscar Hernández and several other of his bandmates of the Spanish Harlem Orchestra. A sterling debut.