Tune in on Monday, July 25 at noon with host Arturo Gómez for this week’s New Music Monday highlights. 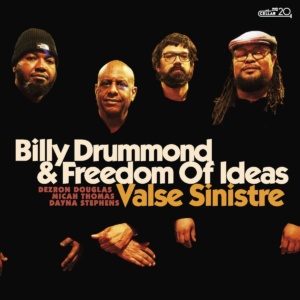 Billy Drummond and Freedom Of Ideas: “Valse Sinistre”
For over 40 years, Newport News-born drummer Billy Drummond has been playing with some of the biggest names in jazz after starting off in his hometown as a professional while still only a teenager. Despite recording nearly 300 sessions as an accompanist. Billy has seldom been recorded as a leader. This new album is produced by Jeremy Pelt in the series of African American leaders for Cellar Music allowing them to express their freedom of ideas. Billy drumming is augmented by Dezron Douglas-“The Voice of Reason” on bass, Micah Thomas on piano, and the adventurous Dayna Stephens on sax. 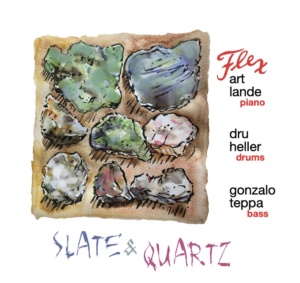 Flex Art Lande-Gonzalo Teppa-Dru Heller: “Slate and Quartz”
After a surprisingly delightful debut just over a year ago, the Front Range’s Flex Trio returns to continue right where they left off sharing their immense talent in playing trio music in their own unique style. Art Lande is one of those unsung heroes of jazz, he’s an educator and mentor to many successful musicians, he’s a pianist, drummer, and producer. Since returning to Denver from Venezuela, Teppa has become the most in-demand bassist along the Front Range. Dru is an excellent drummer able to play in a variety of styles with his custom-made drum set. 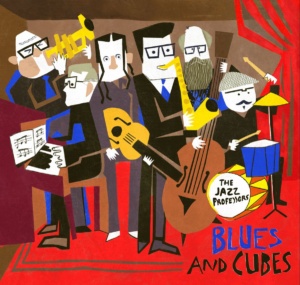 The Jazz Professors: “Blues and Cubes”
From the University of Central Florida in Orlando, the faculty band issues their 4th album, all of the University’s own Flying Horse record label, “Blues and Cubes”, it’s inspired by the profound art of Pablo Picasso. The recording explores Picasso’s work in parallel with groundbreaking 20th-century jazz. It features original tracks from The Jazz Professors alongside compositions by Sidney Bechet and Charlie Parker in a variety of rhythms to avoid repetition while maintaining the spirit of Pablo Picasso.