The New Music Monday highlights will include a trilogy of new artists. Tune in to Lunchtime! with Arturo Gómez on Monday, September 5 at noon.

Darren Litzie: “My Horizon”
Growing up in the Hartford, CT area, Pianist-composer Darren listened to a wide variety of music that shaped his style of playing piano. The genres were jazz, classical, R&B, rock, Cuban and Brazilian. As a student at The Hartt School’s Jackie McLean Institute of Jazz at the University of Hartford, he studied with Denver’s own Javon Jackson. Although Litzie has been playing professionally for 15 years as an accompanist, this is his first album as a leader. An avid composer and arranger, Darren completed a three-year stint as a member of New York’s prestigious BMI Jazz Composers Workshop, where he had several of his works premiered in concert by the BMI Jazz Orchestra. Since 2013, Darren has served as an Adjunct Professor of Music at Sacred Heart University. 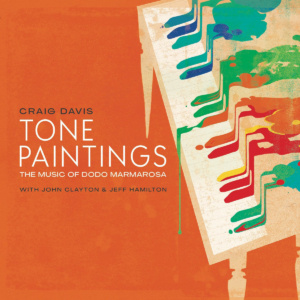 Craig Davis: “Tone Paintings–The Music Of Dodo Marmarosa”
Pittsburgh is one of the most prolific contributors of jazz musicians going back to the beginnings of jazz recordings in the 1920s. One of the unheralded champions of piano from Pittsburgh was Michael “Dodo” Marmarosa, (1925-2002). Pittsburgh-born pianist Craig Davis grew up idolizing Dodo’s work after hearing his elders play his music. Davis was a student for the summer term at the Berklee College of Music where he won a scholarship to attend the Manhattan School of Music where he earned his MM in Jazz Arts. For his tribute to Dodo, chose 10 songs from the pen of Marmarosa, and wanting to get as close as possible to Dodo’s style, he chose bassist John Clayton-a Ray Brown disciple because Marmarosa played with Pittsburgher Ray Brown for many years. John brought with him his drummer of over 30 years, Jeff Hamilton to complete the trio. 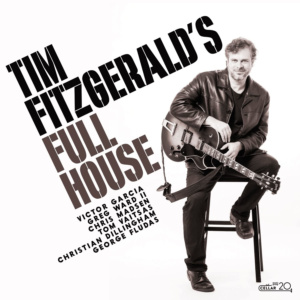 Tim Fitzgerald Septet: “Full House”
For over 20 years Chicago-based guitarist Tim Fitzgerald has deeply immersed himself in studying the playing style and compositions of his guitar hero, Wes Montgomery. Fitzgerald published a transcription of Montgomery’s legendary BBC Live performance in 2009, then in 2015 founded his group, Full House named after one of Wes’ compositions. The septet is made up of some of Chicago’s top-shelf musicians who like Tim have played with the best jazz musicians of the Windy City. Despite offering this musical love letter to his idol Wes, Fitzgerald is not imitating Montgomery, he’s just taking his inspiration to do his own thing!