The following new music will premier on the KUVO airwaves on Monday, March 22 at 12 noon: 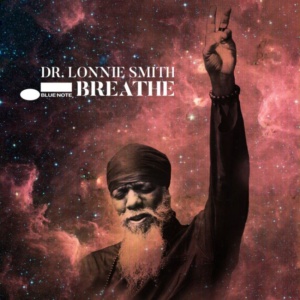 Dr. Lonnie Smith – “Breathe”
For over 60 years Lonnie Smith has been amazing audiences worldwide with his incredible and unique playing at the organ. Originally from Lackwawana NY, a Buffalo suburb, Smith moved to NYC in the early 1960s where he became George Benson’s organist. Lonnie has always had an affinity for soul music after singing in vocal harmony groups as a teenager, due to this love he has always melded soul and RnB licks into his playing thus earning one of his nicknames, the Dr. because of doctoring up the songs he performed, he is also known as “The Turbanator”. For his latest recording on Blue Note Records his home since 1967, he is accompanied by 2 Jonathans, Kreisberg on guitar and Blake on drums. Dr. Lonnie Smith played at KUVO’s former Phyllis A. Greer Performance studio with Javon Jackson in 2003. 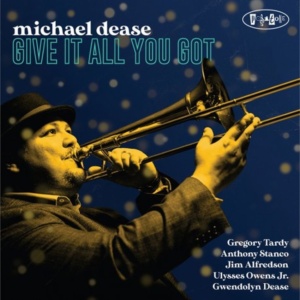 Michael Dease – “Give It All You Got”
Since his emergence on the scene nearly 20 years, Michael has become one of the most in-demand trombonists for recordings, touring with the best jazz ensembles leaders as well as establishing himself as an esteemed educator at Michigan State University. His new album features Sharel Cassity, Gregory Tardy, Ulysses Owens Jr among others in a splendid variety of 5 bop tunes and 5 Latin jazz ditties. 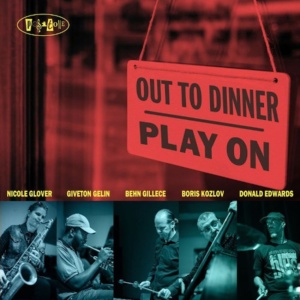 Out To Dinner – “Play On”
This is the superb composite group’s second recording, both on the Posi-Tone Records label. This time out the quintet pays tribute to the legendary Eric Dolphy flautist/saxophonist who was on his way expanding the boundaries of those instruments when he died suddenly while on tour in Germany at only 36 years of age. Out To Dinner is led by the rising vibraphonist Behn Gillece and 2 veterans-Boris Kozlov and Donald Edwards, bass and drums respectively and plus 2 new comers on tenor sax and trumpet.