Tune in for New Music Monday highlights on Monday, August 9 at noon: 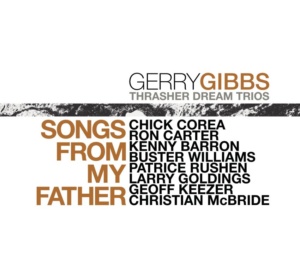 Gerry Gibbs Thrasher Dream Trio – “Songs From My Father”
Gerry is a very well-established and esteemed drummer who happens to be the son of the living legend, vibraphonist Terry Gibbs. On this stunning 2-disc release, Gerry is performing with 4 outstanding pianists, Kenny Barron, Patrice Rushen, Geoff Keezer, and the late Chick Corea. All of the 19 songs were written by Terry Gibbs hence, the appropriate title of this instant masterpiece. 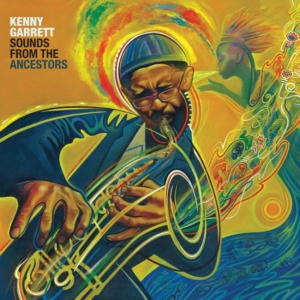 Kenny Garrett – “Sounds From the Ancestors”
Since bursting onto the scene in the late 1980s, Kenny has remained on top of the list of the finest saxophonists, composers, and bandleaders. Garrett remains a student of histories ancient and modern which is reflected in his music as continuously adds new influences. Besides his regular accompanists, Kenny invited the gifted drummer Lenny White on 2 selections and vocalist Dwight Tribe on 1 tune. 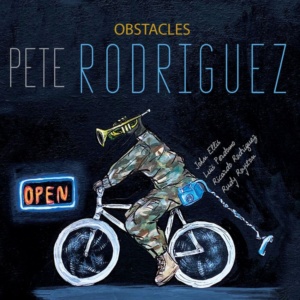 Pete Rodriguez – “Obstacles”
Like Gerry Gibbs, Pete is the son of a hall of fame musician, Pete “El Conde” Rodriguez one of Latin music’s greatest vocalists. Pete grew up playing percussion and trumpet in his father’s band before deciding to enter the world of jazz. Austin-based Rodriguez has developed his sound on trumpet and all of his previous releases have been highly acclaimed, this is a sure-shot recording to follow suit. 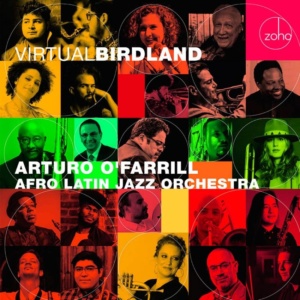 Arturo O’Farrill & The Afro-Latin Jazz Orchestra – “Virtual Birdland”
Yet another son of a legend, Arturo is a multi-GRAMMY® winning pianist-composer-arranger who inherited his father Chico’s amazing big band that played weekly at The Birdland Club in NYC for over 10 years! The recording’s title is referencing the session which was undertaken during the height of the pandemic. A splendid mixture of Cuban, Brazilian, and other world rhythms is part of the song list with special guests that include Arturo’s son Adam on the trumpet.