Tune in to New Music Monday with host Arturo Gómez on Monday, August 1 at noon. Arturo will highlight new music from the following recordings. 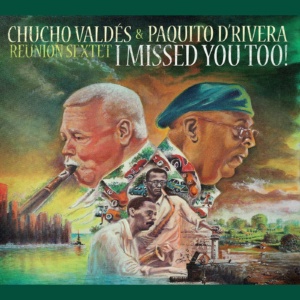 Chucho Valdés & Paquito D’Rivera Reunion Sextet: “I Missed You Too!”
After over 40 years of not recording together and 60 years since they met as teenagers in Havana, Jesús “Chucho” Valdés and NEA Jazz Master Paquito D’Rivera entered a studio in New York to record this superlative album. Chuco and Paq-Man were both members of the influential Orquesta Cubana de Música Moderna of the 1960s and then were founding members of the Grammy®-winning seminal ensemble; Irakere. D’Rivera abandoned Cuba and Irakere in 1980 to relocate to New York City to pursue a career in jazz while Valdés remained in Cuba until 2021 when he sought asylum and landed in South Florida. The duo is currently on a world tour supporting this historic session on Paquito Records! 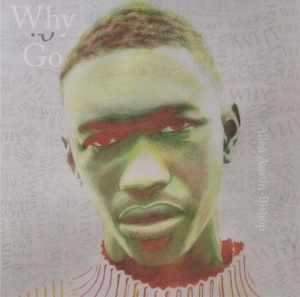 Allen Austin-Bishop: “Why Go”
Although born and raised in Newark, NJ, vocalist Austin-Bishop has resided in London for over 5 years where he’s become a very popular singer with a strong following. Allen is gifted with a marvelous voice, a blend of Nat Cole and Gil Scott-Heron which he displays on his US debut covering lessor known pop songs and a couple of standards. Allen is amazing on his take on songs rarely if ever performed by jazz vocalists, Sondheim’s “Wait” and “Evergreen” from a “Star Is Born” among others including a tribute to his fellow Newarker, Whitney Houston, A most refreshing album by a versatile singer destined for greater recognition! 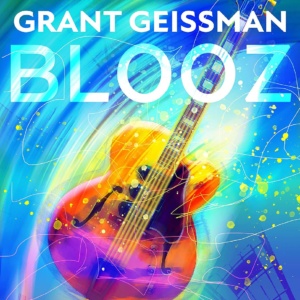 Grant Geissman: “Blooz”
Guitarist, composer, bandleader, and author, Geissman was born in raised in “The People’s Republic of Berkley”, CA, and came of age during Berkely’s amazing convergence of cultures and art. In the mid-70s Grant relocated to So. Calif to finish his college education and begin playing professionally with the prestigious Gerald Wilson Orchestra and the Chuck Mangione Band, it’s Geissman’s guitar that is heard on Mangione’s cross-over hit: “Feels So Good”, he’s also recorded several TV theme songs and has written 3 science fiction novels. His latest features several all-star guest appearances including Randy Brecker, Tom Scott, Robben Ford, and Russell Ferrante, among others. No way this new one will give you the blues!