On Monday, July 12, at noon, Arturo Gómez debuts the following recordings among others: 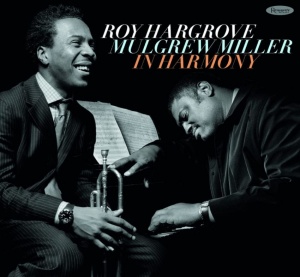 Roy Hargrove-Mulgrew Miller – “In Harmony”
The late Roy Hargrove’s first release since his early demise in 2018 has him accompanied by another outstanding talent who left us way too young, the phenomenal pianist, Mulgrew Miller. This excellent 2-disc album was recorded live in New York City in 2006 and in Eaton, PA in 2007. Roy takes turns playing trumpet and flugelhorn while Mulgrew radiates the 88s. This is an intimate look at these 2 fallen heroes as they inspire each other’s performance in front of a well-receiving audience. Two majestic musicians, two concert halls, two discs-who could ask for anything more! 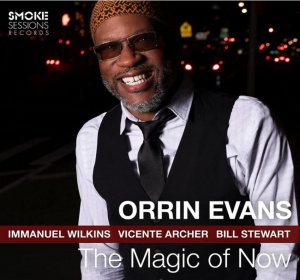 Orrin Evans – “The Magic Of Now”
One of the more brilliant pianists and composers of the current generation, Orrin returns with a quartet outing featuring Vicente Archer-bass, Bill Stewart-drums, and Immanuel Wilkins on alto saxophone. This recording was done in December of 2020, Evan’s first playing after ending his road trip in March when the pandemic hit and all the remaining dates were canceled. Orrin used that downtime to compose and reflect on his career and what he wants to accomplish in the future. Curiously, Immanuel, a fellow Philadelphian, is a former student of Evans getting to record with his instructor. 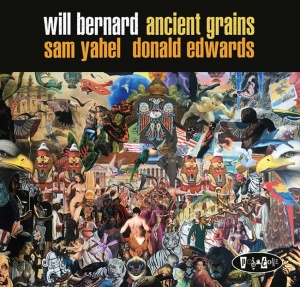 Will Bernard – “Ancient Grains”
Among the numerous active guitarists, Will stands out for his versatility and for his old-school style of playing. Bernard is a native son of Berkeley, CA, and studied with Boulder’s very own, Art Lande. He’s been living in Brooklyn long enough to now be considered a New Yorker. He teams up with organ player Sam Yahel and drummer Donald Edwards for a swingin’ session of 10 originals by Will and 1 outstanding version of Monk’s “Boo Boo’s Birthday” To ensure the authenticity of the classic sound desired by Bernard, all 2 3 musicians are using vintage instruments.

very Monday from Noon until 1 pm, I debut the latest arrivals to KUVO Jazz, often ahead of their regularly scheduled release date. In addition to the music, I’ll provide a few tidbits about the artist in particular if it’s a new or up-and-coming artist.