New music highlights include these recordings plus more! Tune in on Monday, February 28, at noon with Arturo Gómez for New Music Monday. 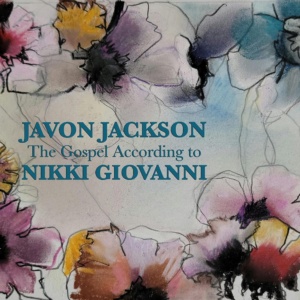 Javon Jackson: “The Gospel According To Nikki Giovanni”
Denver has been fortunate to send out around the world many a great jazz musician beginning in the early 1930s through the present. One of the best is Javon Jackson, a tenor saxophonist-educator-record label owner. This new entry into Jackson’s discography is a breakaway from his usual bop, swing, and ballads recordings, he teams up with the legendary poetess and civil rights activist Nikki Giovanni for an encounter of spiritual music and spoken word. All 10 of the songs were selected by Nikki and arranged by Javon. moreover, Ms. Giovanni lends her voice on 2 of the 10 tracks. An extremely moving recording! 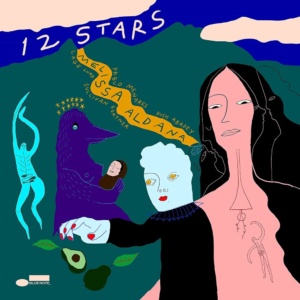 Melissa Aldana: “12 Stars”
A gifted saxophonist from Santiago, Chile, Melissa was raised to be a stand-out musician, both her father and grandfather are leading saxists in the Chilean jazz scene. Aldana began playing alto at 6 years old then switched to tenor after hearing a Sonny Rollins recording a few years later. As a teen, she was already playing professionally in Santiago jazz clubs until Danilo Pérez discovered her when she was playing at the 2005 Panamanian Jazz Festival. Pérez encouraged her to relocate to NYC which she did and then sought out Sonny Rollins who mentored her and help her refine her playing. In 2019, Melissa became depressed after a relationship disaster at the same time the pandemic hit forcing her isolation. After hitting the bottom she picked herself up and began her career again. She flourished with her new outlook and was appointed to the faculty of the New England Conservatory in Boston. This album-her best to date is a result of that renaissance. 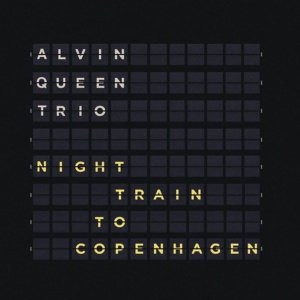 Alvin Queen Trio: “Night Train To Copenhagen”
Ever since he entered the world of jazz as a 16-year-old from the Bronx, Alvin has been turning heads for his mastery of drums. He started playing with some of jazz’s all-time greats before his 20th birthday, Horace Silver, Don Pullen, Ruth Brown, George Benson, and others. Since the late 1970s Queen has been living in Switzerland and is now a Swiss citizen. To begin the 1980s, Alvin was chosen to be Oscar Peterson’s touring trio drummer. He also remains the number 1 called drummer for US musicians traveling throughout Europe. For his latest excursion in the studio, Queen chose 2 young musicians, Calle Brickman-piano from Sweden and Tobias Dall the bassist from Denmark. All 15 tracks are songs that Alvin played as a member of Oscar Peterson’s trio or quartet. Sure to please even the most discerning ears.