Tune in to New Music Monday on September, 13 at noon. This week’s highlights will include: 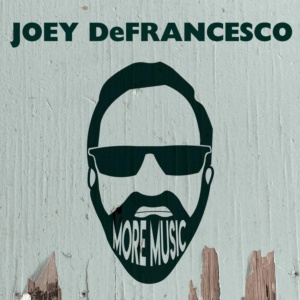 Joey DeFrancesco – “More Music”
One of the most heralded B-3 organ players of the 21st century Joey is more than just that. De Francesco also is an accomplished trumpet player who has now added the tenor saxophone to his arsenal. His father was an outstanding organist/pianist and his brothers are also professional musicians. Joey founded a new trio for his latest recording which he produced as well. Of the 11 songs on this new album, 10 were written and arranged by Joey De Francesco in his most varied session to date. 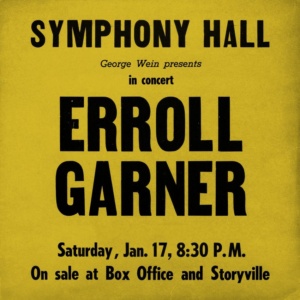 Erroll Garner – “Symphony Hall Concert”
The amazing pianist Erroll Garner’s centenary was celebrated around the world earlier this year. In the early 1960s, Mr. Garner was among the first African-American musicians to take full control of their music and founded his own record label to boot, Octave Music. Erroll was a prolific recorder of his music-both in studio and of his live concerts around the world. One of his previously unreleased performances took place on January 17, 1959 in Boston, MA’s Symphony Hall on a cold and dreary Winter night outside, however the capacity audience did not miss the Boston Pops Orchestra, the house band of Symphony Hall as evidenced by their enthusiastic response heard on this digitally remastered recording in the can for over 60 years! 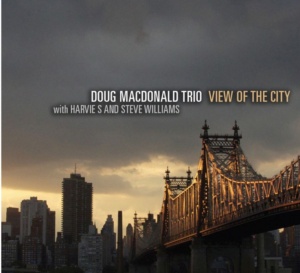 Doug MacDonald Trio – “A View of the City”
The highly acclaimed guitarist Doug is a native son of Philadelphia yet his strongest fan bases are in Hawaii, Las Vegas, Spain and Italy where he performs frequently. MacDonald had previously recorded an album in New York at the onset of his career over 10 years ago and he felt it was time to return to New York and record again He teams up with the veterans, bassist Harvie S and drummer Steve Williams for a captivating session.