Every Monday we introduce new music added to our library, join Arturo Gómez during the noon hour as he debuts recordings from these artists and more. 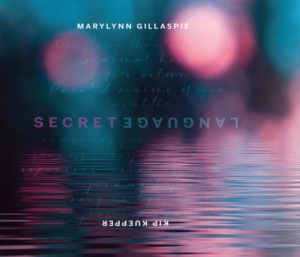 MaryLynn Gillaspie: “Secret Language”
Veteran jazz vocals fans and long-time Front Range residents still fondly recall the superlative vocal group Rare Silk–one of Colorado’s greatest jazz gifts to the world. MaryLynn was a founding member who after the ensemble disbanded launched a solo career much to the delight of her fans. Gillaspie has just released her new recording, “Secret Language” featuring some of the best players of the current crop of Colorado musicians, Gonzalo Teppa, Gabe Mervine, Alex Heffron, Greg Harris, just to name several, this session brings MaryLynn’s unique voice and delivery to center stage with an exquisite array of standards and contemporary songs. The only downside to this album is that MaryLynn is calling it her swan song, say it ain’t so! 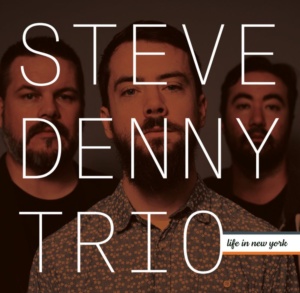 Steve Denny Trio: “life in new york”
Denverite, pianist, composer, educator, and former Dazzle music director Steve Denny decided to move to New York City several years ago to further his career although his talent would take him to the next level regardless of where he decided to live. Steve has numerous awards and recognition to his credit, he attended the University of Northern Colorado before obtaining his Bachelor of Arts in Music from Loyola University Chicago, where he graduated Summa Cum Laude. This outing features two outstanding NYC-based artists, Marty Kenney-bass and Ben Waters-drums, Life in New York has proved successful. 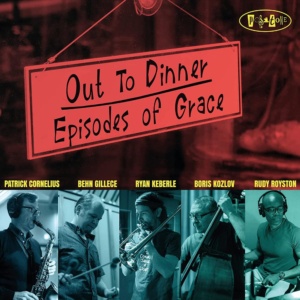 Out To Dinner: “Episodes of Grace”
This piano-less quintet returns with their follow-up to their inaugural recording of 2020 with another adventurous performance to bridge the gap between traditional jazz listeners with the newer listeners seeking new sounds. Over the last few years, hardly a month goes by that KUVO Jazz does not receive a recording with Aurora’s own Rudy Royston on drums, this is another one. In addition to Royston, the musicians are Patrick Cornelius-tenor, Behn Gillece-vibes, Ryan Keberle-trombone, and Boris Kozlov-bass.